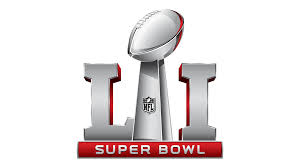 At the time of my posting this the Super Bowl is still going on, I believe, with the Atlanta Falcons running roughshod over the New England Patriots. I did not watch the Super Bowl today, however. I was simply just really busy and by the time I got home it was already near the end of half-time. I kind of want to see how badly the Patriots did because I don't like their cheating team, plus I want to see the advertisements already getting tweeted about (I hear Lady Gaga was entertaining as well). For that reason I'll probably watch my DVR of the game tomorrow and fast-forward through the duller bits of game-play as I've fully admitted to not being a big sports person at all besides enjoying hockey a decent amount. So yeah, if you wanted my thoughts on the Super Bowl, there you go.