The, "Avengers," Comic is Relaunching With a Great Creative Team 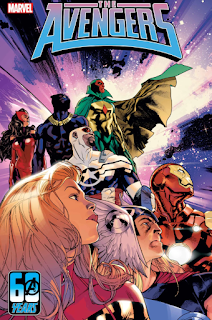 Jed MacKay is a fantastic writer who has been doing a stupendous job on the current, "Moon Knight," series as well as other titles C.F. Villa is a lovely artist as well and come this May the, "Avengers," comic is relaunching with MacKay's writing and Villa's artwork. Jason Aaron has been writing, "Avengers," for a good chunk of time and his run has been extremely divisive as some folks loved it and others reviled it. A new run featuring a mix of O.G. teammates (Thor, Iron Man) some newer iterations of characters (Carol Danvers as Captain Marvel, Sam Wilson as Captain America), as well as other popular characters, will make for a good time.