Movie Franchise Shake-Up of the Year: DC and Warner Brothers Discovery in General--2022 in Review 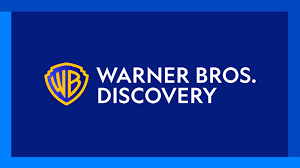 A man named David Zaslav took over as the big cheese at Warner Brother Discovery. He proceeded to do what he feel was best to save the HBO MAX platform money and basically canceled/erased/slashed-and-burned a ton of content in the name of tax breaks. This resulted in the, "Batgirl," movie that was in post-production being shoved into a vault--to the rage of fans. It also led to James Gunn and Peter Safran taking over all the superhero flicks of DC--which made fans happy until Gunn started making changes (Henry Cavill is out as Superman), leading to further fan-rage.

The DC franchise is in a huge flux, the HBO MAX app is going to merge with Discovery+ in the next year and possibly just be called, "MAX," and things are crazy. It is easy for people to throw ire at Zaslav (I've been critical of him myself), but I don't envy his job trying to make everything profitable. Then, I have zero jealously of Gunn and Safran trying to fix-up the DC film franchise and the mess that it currently is in. 2023 is bound to be an interesting year for Warner Brothers Discovery.