Now is The Time to Try, "Dwarf Fortress," Perhaps 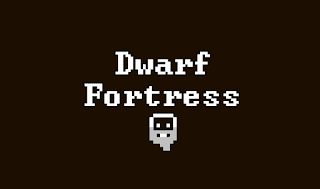 "Dwarf Fortress," is a game that has been around for nearly two decades. An incredibly detailed simulation of a landscape full of dwarves you care for, it is really hard to describe besides using the words, "Complicated," and, "Fun." The game was supported by donations and a Patreon and had incredibly basic graphics. However, after a health scare happened on the two-man team, it was decided a version needed to be created for Steam by adding teammates and having there be some fancy graphics and mouse support to make the somewhat impenetrable game a bit easier to figure out. Since its Steam release, "Dwarf Fortress," has been selling like hotcakes and getting rave reviews from longtime fans and new ones alike.

"Dwarf Fortress," is no longer, "PC's Most Inscrutable Game," it is just a really in-depth simulation that folks love. Maybe now that the learning curve (more of a cliff, originally) is less steep, I should dip my toes into the game sometime? I think even my aged and weak Laptop could handle it. I shall look into it and we will see--everyone else seems to be having a great time, after all.