Some Comic Publishers Are Behaving Badly 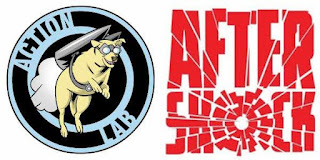 More and more discussion has been had lately about comic publishers being extremely late on their payments to creators or outright trying to avoid giving anyone their proper due. Comics Beat broke a story about how Action Lab (which has dealt with numerous legal issues regarding creator treatment) solicited a Free Comic Book Day 2023 issue of, "Princeless," as a promotion for an upcoming new volume without any permission from the actual creators. Yeah.

Jeremy Whitley and artist Emily Martin released a statement which, in short, says that they are still in a class action lawsuit against Action Lab and it is odd they are releasing the first issue of, "Princeless," while also claiming new volume is on the way what with how that couldn't be farther from reality. Apparently, a single issue of what would be the tenth volume is drawn, but Action Lab can't even attempt to publish such a thing until a slew of legal concerns can be resolved.

It isn't just Action Lab that is in trouble, however. Bleeding Cool was running stories from comic creators who were discussing having difficulty getting paid by certain comic companies. No exact companies were named at first, but then, friend of the blog Alex de Campi did mention Aftershock Comics as being a repeat offender in regard to extremely delayed payments. If a comic company expects to remain in business it needs to pay its talent what they were promised when they were told payment would be rendered. That sounds simple, yet a number of publishers seem to struggle with the concept of giving folks what they are owed.