I Enjoyed Volume One of, "The InSpectres," From Blue Fox Comics! 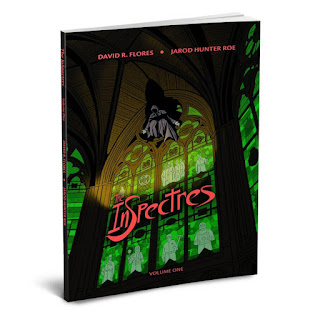 I always enjoy reading new and upcoming releases from the publisher known as Blue Fox Comics. I had a chance to read their upcoming title, "The InSpectres: Volume One," and found it great! The plot is a little reminiscent of, "The League of Extraordinary Gentlemen," but taking authors who've actually existed and having them work together as opposed to their fictional creations.

The comic follows Arthur Conan Doyle, Harry Houdini, Bram Stoker, and a ten-year-old Agatha Christie as they work together in an effort to solve the mystery of who Spring Heeled Jack is--a murderous human with parlor tricks or some kind of supernatural monster? To figure this out a group founded by Charles Dickens, The InSpectres, finds itself reforming in the hopes of preventing loss of life. 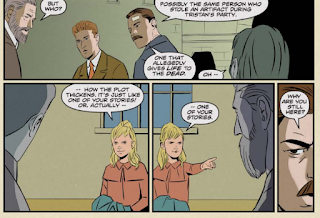 Scripted by Jarod Hunter Roe and drawn by David R Flores, this piece of historical fiction is quite fun with its mix of fact and fiction. There is a healthy dose of humor and some action-packed fight scenes as well. I really enjoyed this first volume of, "The InSpectres," and look forward to when the Kickstarter campaign for it kicks off in February of 2023. Keep your eyes peeled for its launch!