"Rogues," #1 is a Fantastic Start to a Crime Caper Yarn 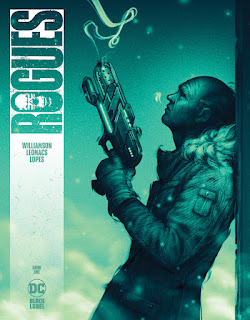 The Flash has a fun gallery of assorted villains. "Rogues," imagines if they were aged up to being near retirement age and trying to live relatively normal lives but failing at it. Mainly through the eyes of Captain Cold, we witness some worn-down villains hoping to pull one last, incredibly dangerous score (hint: it involves stealing from Gorilla Grodd). It's an equally dreary and funny read thanks to some stellar writing by Joshua Williamson and sharp artwork by Leomacs. The Rogues look suitably worn-down and exhausted by life, but when powers or weapons get used they fill the page majestically with fiery explosions or icy freeze-rays.

"Rogues," asks what happens to villains when they get old and are stuck as failures instead of dying in a blaze of glory or fulfilling a master plan. It then sets a fun heist in motion, gathering a uniquely skilled and desperate team who will undoubtedly face a lot of challenges in the remaining three issues of this four-issue prestige-sized series. The big pages really let the story and artwork breathe wonderfully, sprawling out across the oversized comic in a manner that pleased the eye. It's good stuff. 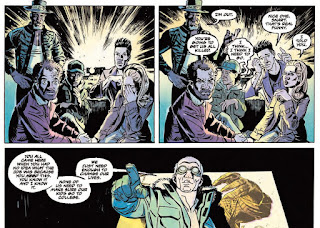 I had a fantastic time reading the debut issue of, "Rogues," and look forward to seeing just how wrong their last attempted heist might go. I'd give this great first issue...