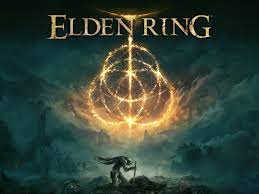 I tried, "Elden Ring," and it wasn't for me. I'm almost sad about that as many folks discuss how awesome it is. It just didn't vibe for me though. Perhaps I should've known as I didn't like the, "Dark Souls," series it basically grew out of that much. Still, everyone said how cool it was. Then I tried it and basically, it was a darker, more depressing, and less fun version of, "Breath of the Wild." I loved that Zelda game when I played it on my Switch. "Elden Ring," just didn't give me much of a feeling of fun. I found everything could kill me with ease and that is supposedly a selling feature, somehow? I get to feel like I suck and have almost no fun in this game?

I did have some fun. The World was a little interesting to explore and the little, "Clues," left by other players of the game were at times funny. Honestly though, "Elden Ring," just wasn't a game for me. I think when I have a free moment to play some games I'll just boot up, "Dying Light 2," again and enjoy that some more. I'm not saying, "Elden Ring," is at all bad, it just fits the taste of other people much more than it does myself. Ya'll have fun with it.