So, When is Kendrick Lamar Releasing a New Album? 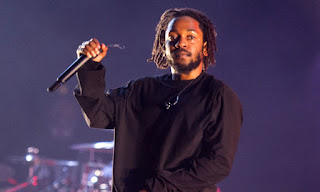 I have often shared on this blog how much I enjoy the work of Kendrick Lamar. I am aware he was recently busy with the Super Bowl show (it was awesome) and is working on a movie with the guys from South Park. He has appeared on some great songs lately too such as, "Family Ties." That said...when is he coming out with a new album? Back in 2015 he had, "To Pimp a Butterfly," and I made it my album of the year. 2016 had, "Untitled, Unmastered," which served as a nice EP. Then in 2017 there was, 'DAMN." and it was a magnum opus and, of course, my album of the year. Now, I know Kendrick was heavily involved in the soundtrack for, "Black Panther," but that was way back in 2018. We've been sitting here waiting and waiting. I imagine he has been working hard, but can we at least get a taste of what's in store? A single or two? There are rumors of new stuff, but I want some solid confirmation! Maybe someday soon, I hope.