Television Tuesday: More Thoughts on the Latest, "Joe Millionaire," as it is so Fun 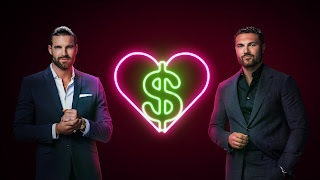 I wrote about how much I enjoyed the debut episode of, "Joe Millionaire." I also wrote about how much I am not enjoying, 'The Bachelor," recently. That still stands with, "The Bachelor," having a slog of a season and, "Joe Millionaire," being an absolute gem of a show with my earliest minor complaints being addressed and what I liked being even more apparent as the episodes have continued.

When I first wrote about, "Joe Millionaire," I complained the women were boring. I will now adjust my statement to say some were boring, as the gals who are still on the show competing for love (or money) are pretty entertaining compared to the women who went home early in the process. Steven has money, Kurt possibly does not (I still theorize he's actually even richer than the one we were told is rich) and they have developed a bromance that is possibly the strongest relationship on the show. They support each other, laugh together, and even when they are both interested in one woman they understand this is a gameshow somewhat and that's okay they both have eyes for a lady. Most of the women on the show have all gotten along well too (after some who really stirred the pot went home early) and understand they are there to have fun and date--note, this statement does not fully apply to Carolyn who gives off a slight, "I will murder Kurt if I can't have him," vibe anytime another woman goes near him. That said, most of the gals are lovely now. Suzan is hilarious and hopefully continues to go far. 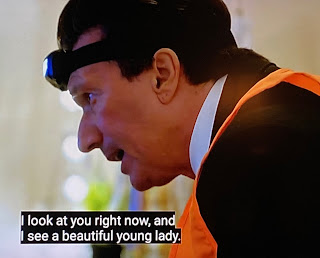 Hell, even the host, a man named Martin, is better than Chris Harrison ever was or Jesse Palmer currently is. This became apparent in one episode where a contestant named Breanna had way too much to drink during a camping-themed group date. While everyone else was doing various camping activities she sat in the tent and when Maritn did his host duties and checked on her as she wasn't taking part in stuff she drunkenly asked Martin if she was ugly. In a genuine moment, he seems taken aback and tells her she isn't ugly and to never talk ill of herself. He then helps her up and encourages her to maybe just relax the rest of the night and not interact with the guys too much (she was quite tipsy). In the most recent episode, she discussed how she has some insecurities and they came out while she was intoxicated, and both guys reassured her at the end of the show they wanted her to stay because they liked her and even if she were sent home at some point in the future she's still an awesome person.

This whole thing is a, "Breath of fresh air," compared to how toxic another big dating show is lately and this season especially--it is a bit of a mess on, "The Bachelor," between a dull lead and absolutely abhorrent behavior from some of the women. At this point the supposed hook of how one guy is rich and one guy is less wealthy isn't even the main thing drawing me to this new, "Joe Millionaire." The stuff I love is that people are just having a good time and enjoying dating without obsessing over some big forced engagement at the end or being so competitive in an effort to, "Win," they resort to insulting someone for being neurodivergent--again, looking at, "The Bachelor." I would not have predicted a tweaked reboot of an old reality show nobody really liked the first time would be my new favorite program, but here we are. Thank you for having some drama but also remembering the fun, "Joe Millionaire," as I appreciate you not taking yourself too seriously. You're a treat.

5 out of 5 stars for the latest episodes.