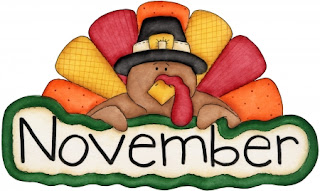 Thanksgiving is right near the end of the month of November this year, so it seems like we have to wait forever to eat all that Turkey/Ham/Vegetarian alternative we're looking forward to digging into. It is just Mid-November right now, so to help us bide our time here are some interesting links or bits of news you can snack on.

Links and News, Wishbone not Included

I am quite excited for a Jeopardy, "Greatest of All Time," tournament where the (arguably) three best players ever face-off in prime-time for a chunk of cash. We shall see who will win when it airs this January!

I and my other friends such the folk at Comics Heating Up are extremely excited for the launch this week of a new mini-series with the character, "The Question."Featuring the talented writing of Jeff Lemire as well as art by Denys Cowan and Bill Sienkiewicz (who both have drawn Vic Sage in the past with great skill) it will most likely be quite grand. I feel like a weekly show focused on the character solving mysteries would just be awesome.

It seems like everybody has an opinion on this whole, "OK Boomer," meme. I don't have much to say besides it is kind of funny to see how mad Baby Boomers get about it considering the years they went on-and-on about how everyone else was being an overly-sensitive, "Snowflake." Because nothing can simply remain a silly meme, Fox has apparently applied to trademark the phrase for use in comedy programs or game shows. 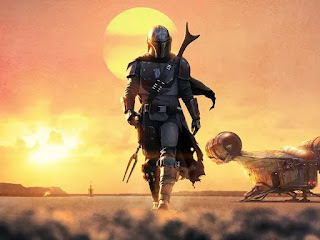 I still have yet to watch, "The Mandalorian," show on Disney+ even though we have the service. I have heard many good things however, including one interesting observation about how delightfully old-school, "Star Wars," it feels compared to the more slick and fancy new movies. Plus, it has a baby alien from Yoda's species who is absolutely adorable!

"Animal Crossing: Pocket Camp," already had issues with how mercenary it was. Introducing a paid subscription service for the game just sounds atrocious and I'm glad I quit playing it when I did. I will always prefer versions you pay for upfront and can enjoy without micro-transactions.

Speaking of video-games I have not played in forever but sometimes follow the news of, Professor Oak and Ash's Mom are definitely hooking-up in the, "Pokemon," Universe. 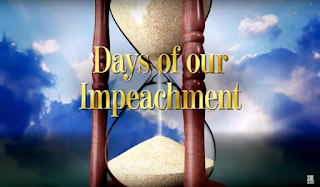 "Saturday Night Live," can be quite good or pretty bad. I'll give it up to the, "Days of our Impeachment," bit that opened the last show  however. It made fun of the idea that the impeachment hearings of Donald Trump lack, "Pizzazz," and need to be more dramatic to get people to care. Putting aside how sad it is people need our President committing crimes to be, "Entertaining television," it was a good segment in all its absurdity, despite some apparent issues with where the camera was supposed to be.

God, will people please stop going on about this mythological, "Snyder Cut," unless it is in the context of a fascinating documentary tracing the history of how the, "Justice League," movie went so wrong?

Lastly, the game platform company Valve that used to make games actually announced the have a new, "Half Life," game in the works after over a decade of people waiting. The reason this was not huge news as you would normally expect is that it is a prequel game that uses VR. Yeah, that VR-headset technology some people thought would be huge years ago and which has had a lukewarm-at-best reception by the gaming market. More will be revealed November 21st apparently, so perhaps this will sound more exciting as details emerge? For now, it is quite underwhelming.

Soon-ish We Shall Feast 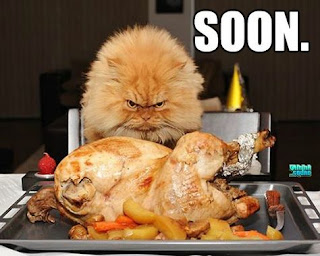 While it may still seem a bit of a ways away, Thanksgiving will be here before we know it. Then, after that it is one big wild mess of all the Winter holidays before the New Year.
Posted by David Charles Bitterbaum at 10:15 AM