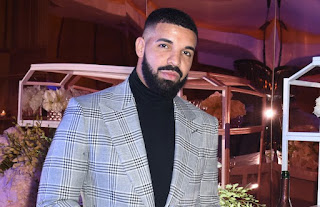 I've discussed having growing affinity for Drake's music previously, and liking more and more of his jams (silly little feud-raps and such aside). However, over time I've noticed a particular trend with him more and more that has resulted in too many red flags to ignore. We need to talk about Drake, and his apparent attraction to underage girls.

I made a tweet and post on Facebook recently about how R. Kelly was always a creep, Dave Sim was always a creep, and Bryan Singer was always a creep, but now people in 2019 are wanting to act surprised about this as opposed to admitting they behaved in a willfully ignorant way due to liking the creator's music/comics/movies. Music artists in particular often seem to get a, "Pass," for all kinds of questionable actions, and I'm worried before too long the possibility Drake seems to have a tendency to like underage girls will go from, "This looks potentially bad," to, "Yeah, it is as bad as it looks." I don't want to be one of those people who pretended not to know something was up just because I liked Drake's music, so I'm going to simply state some red flags. 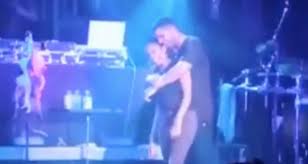 Red Flag:
A video has just surfaced that shows Drake circa 2010 (around when he was 23) kissing and fondling a fan onstage at a concert, then after-the-fact asking her age and when she states she is 17 he responds, "I had fun, I don’t know if I should feel guilty or not, but I had fun. I like the way your breasts feel against my chest...I just want to thank you.” He then continues to kiss the fan’s hand before kissing each of her cheeks, her forehead and her lips, now knowing she is underage. I said I was going to give recent examples however and even though this video just started getting attention it is from a bit ago, back when Drake was younger and wilder in his 20's meaning we should let this go...right? 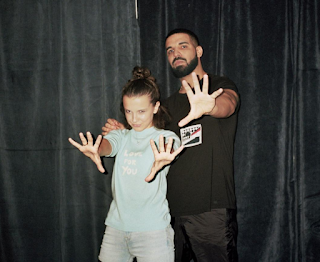 Red Flag:
It came to light a bit ago that Drake often texted with then-14-years-old Millie Bobby Brown (she's on the Netflix show, "Stranger Things," that people love). Apparently he often offered advice, "About boys." Perhaps this is just a case of famous people offering each other support and Drake--who himself gained a lot of popularity at a younger age--trying to help a fellow celebrity be prepared for the complexities of dating while famous. Still, he's talking to a girl half his age about boys and he isn't any kind of relative, relationship professional, or basically anyone who should be talking with a teenage girl about romance. This occurred a year or so ago when Drake was just 31 however, and even though that is a grown-ass man he still maybe had some growing to do, and I'm sure now there aren't any things to be alarmed about. 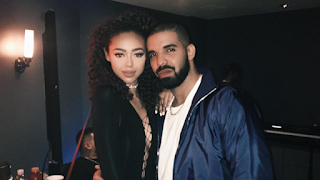 Red Flag, Oh Dear God Red Flag:
Drake's current girlfriend (there have been denials made of this, but it seems to be true) is named Bella Harris and 18. Drake has been seeing her since she was 15. Right now Drake is 32, meaning the youngest he could have been when they started dating was 28 or 29. That's about as red as a red flag can get for us. I mean, how can that be explained, clarified, or otherwise made less-than-creepy? I mean, I can not let this go or avoid being alarmed, this is textbook predator behavior with underage girls, the grooming, and even if they waited to become sexual until she was the age of consent, it was a man about to turn 30 dating a 15 year-old.

These are three facts--not rumors--facts, that have occurred/been brought to light recently. I didn't have to go digging around in years-old articles, this is current stuff that happen to paint a picture of Drake as someone who arguably, "Grooms," young women and then possibly has sex with them while they are underage (which is illegal) or waits until they are finally of-age and then has sex (which is legal, but creepy to think he's grooming them all these years to then have sex as soon as he can without legal consequences). We need to talk about Drake, and is apparent attraction to underage girls, and that is exactly what I am doing, because I don't want people to ignore all these red flags so that a decade or so later when something happens that causes the metaphorical shit to really hit the fan people think they can act surprised. Even if this is all some big misunderstanding and Drake isn't a sexual predator, at least talking about this will clear things up. I'm thinking with that many red flags however that something must clearly be amiss.
Posted by David Charles Bitterbaum at 4:23 PM