Intergender Wrestling Matches and the Socio-Cultural Politics of Sports 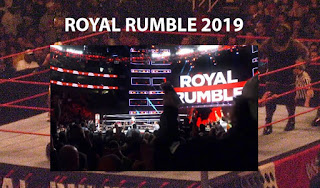 I haven't watched wrestling much in years. This is not a slight at the art of wrestling, as I greatly enjoyed viewing it from my middle-school years, up through high-school, and even sometimes would catch some broadcasts during college. The thing with professional wrestling however is that it actually is a whole lot plot, drama, and scripting, and like many other television shows (or certain comic-books like super-hero ones) if you stop paying attention for long you fall completely behind and find yourself bewildered. As I got older I just had a lot less time for some of my hobbies, and in the same way I play video-games a whole lot less now, I lack much time for wrestling. That said, I do still read-up on its sometimes and found this very interesting article that made me think about wrestling, gender equality, and cultural views/politics.

In a recent big wrestling event known as, "The Royal Rumble," which had its 2019 edition, for the first time in a long while it came about that a woman named Nia Jax wrestled men. This got some press. For a good decade now you would have rarely seen a man intentionally strike a woman in a pro-wrestling match. Lately it has been where women always fought women, men always fought men, and if there was an intergender tag-team match the guys and gals basically never struck one another, rare exceptions aside. This came about for many reasons, from how professional wrestling often in the past had portrayed women more as sex objects, wanted to avoid controversies of men hitting women, and so forth. After all, in our nation's social politics it often struggles with serious discussions of domestic violence, and having scripted violence where a man appears to beat-up on a woman is not a good look for a huge company. In the past the WWE (as it is currently known) had women such as Chyna who would often fight men, but it was the bigger, "manlier," women who were thought to be okay to engage in fisticuffs with dudes--e.g. the pretty chicks wouldn't fight men. 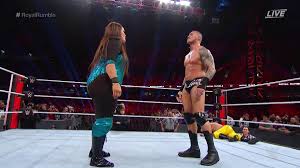 Apparently that has been changing, as the door is maybe opening to intergender wrestling and showcasing that strong women and strong men can engage in this sport with respect for one another, gender aside. The WWE looks to be working hard to make sure that in their shows of scripted violence they don't create an image of women being ganged-up on by men, or play the idea of a woman beating a male wrestler for laughs, this moment with Nia Jax has moved things into a realm where intergender matches could occur and it be done in a manner that is mature and professional.

Lots of sports lack much in the way of any intergender players. There are no women in the NBA, they are in the WNBA. There are no female NFL players (not even kickers, as people sometimes like to be tone-deaf and joke a female could do, which is disrespectful to both women and kickers), the closest women get to the field is as a cheerleader or reporter. Sports just don't have much of any intergender aspects and going into the social-political-physical reasons for that would take more space than I will ever have in an article. Wrestling however, with its mixture of being both athleticism and relatively scripted is a unique blend of sport and live-action drama. It is a play where the stage is the ring, and the protagonists and antagonists act their stories out through an equal mixture of words and whaling on one another. By the prospect of how a lot of what happens is already planned, it is quite easy to script the violence in a way that addresses social politics, or carefully avoids them. It is unique in both its opportunities and limitations when compared to different sports, in other words.
There is a lot of stuff to consider in any sport when it incorporates intergender matches, and pro-wrestling has even more to mull-over as unlike a woman playing in the MLB, this is a sport where the entire point is to physically attack your opponent and win. A whole lot of cultural elements are at play when it comes to the idea of men and women wrestling one another, and how to handle the optics. One wonders though, if a relatively scripted-sport such as pro-wrestling can be progressive enough to incorporate intergender aspects, what is keeping supposedly mainstream sports from doing the same?
Posted by David Charles Bitterbaum at 12:29 PM