Mid-January 2019 Links and News to Counter the Cold 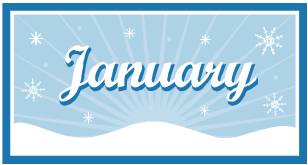 To think, this January started out so mild and warm...and then the snow came. Right as things are starting to melt the weather reports are saying this weekend may very well be nasty too, so how about we spend our time cooped-up inside by keeping warm with some assorted links and bits of news?

Interesting Things (In My Opinion)

Let's start with an article whose headline sums up my opinion on all these supposed internet-celebrities we have nowadays, "No One is an Influencer if Everyone is an Influencer." Written by Maria Sherman and published by Jezebel it perfectly expresses that all these folk who think having a couple thousand followers on Youtube or Instagram somehow makes them an important celebrity are quite often just the worst (no surprise there) and are mainly interested in little more than making money hocking various products . We all know that famous quote (which is often butchered) about how in the future everyone will be famous for 15 minutes? I think we need to tweak that to read, "In the future everyone with at least 15 followers will think they are famous."

The idea that a person would actually get death threats for posting a negative review of a movie (in this case, "Aquaman,") sickens me. That female movie critics seem to get a lot more online abuse for simply having an opinion is equally disheartening.

Kotaku had two recent articles involving Japanese culture and individuals that caught my eye. One was about how the mini-disc (which never caught on too much in America) still has a relatively strong degree of popularity in Japan despite the rise of iPods and other MP3 players. The other article mentioned that Marie Kondo lady who helps people organize their houses/lives and how a comment she made about trying to not keep too many books brought the wrath of the internet upon her. I mean, it isn't like she is coming into people's houses and tossing their books in the trash so I don't quite get the hate. 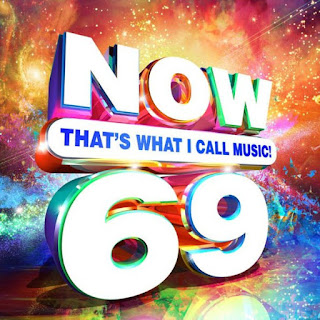 Watching the internet collectively crack-up like a teenager over how, "Now That's What I Call Music," has reached its 69th iteration (in America at least, they're in the triple-digits in the UK) is funny in a tacky and juvenile way, but funny nonetheless. If you don't get why people think it is funny...um, ask your parents or an older friend.

I know I am alternatively very affectionate towards the works of Tom King or incredibly hard on him for making stuff I think is hot garbage, but I will always say the guy is quite nice. He is assisting in giving-out free comic-books to Government employees affected by the shutdown, which he didn't have to do but is very kind to offer folk who don't have much positive stuff in their lives right now.

Anyone who reads this blog knows I hated when Megyn Kelly took over the third hour of, "The Today Show," and proceeded to drag the whole program down. Therefore, I had no love lost when she was unceremoniously booted from it and the rest of NBC. I like seeing her ex-boss (head of NBCUniversial, Steve Burke) admit putting her on the show was a mistake, but laugh incredulously at how he essentially tries to say nobody could have predicted things would go so poorly. I'm pretty sure I and everyone else saw it coming, Steve.

In, "A comic I never thought was coming back actually is and I'm excited,"-type news, "Sex," by Joe Casey, Piotr Kowlaslski, and (the amazing colorist) Brad Simpson is in fact going to return! I know when it suddenly ended claims were made it'd be back, but I honestly wasn't too optimistic. We are getting, "Sex," Volume 6 straight to graphic novel form, though, in an arc titled, "World Hunger." A joyful surprise like this is the best kind of surprise.

My Dad is certified/accredited/whatever the term is as an Ornithologist. That means he is someone who studies birds. An organization dedicated to that practice as well as conservation, Audubon, made a cool article about just how many interesting birds there are contained within, "Red Dead Redemption 2," and how intriguing accurate the game is at its portrayal of said birds (with a handful of errors here-and-there). I've been meaning to send my Dad a link to the article as I imagine he'd find it cool.

Lastly, President Trump served a bunch of hard-working student athletes who managed to win a championship an assortment of fast food, because America has turned into a twisted fun-house mirror version of itself at this point. 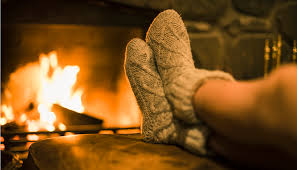 I hope everyone stuck in the path of the previous and upcoming snowstorms manages to stay comfortable even with all this frozen precipitation.
Posted by David Charles Bitterbaum at 1:46 PM