Television Tuesday: The Masked Singer is Silly, Hokey, and Ingenious 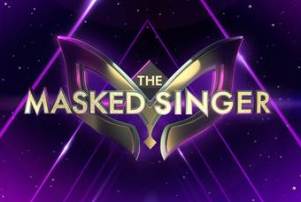 There have been two episodes of Fox's program, "The Mask Singer," that have been broadcast and I am hooked. Ever since they ran short promos for it all I could say was, "This looks dumb as Hell, yet I want to watch it." Having been watching, "The Masked Singer," I would say it is spectacularly silly, and works quite well, in spite of its annoying judges (more on them later). Between the extravagant outfits, some surprisingly strong voices (as well as some weaker ones that are at least clearly trying), and the whole zany mystique of it all, "The Masked Singer," has become a must-watch show for our household and much of the Nation too. You start out not really caring much but by the end are yelling at the top of your lungs how absurd it is that the Monster lost to the Unicorn because the audience clearly must be tone-deaf, that's how weirdly addicting this whole thing is. Between surreal videos introducing the masked singers with little hints as to their identity, the bizarre outfits, host Nick Cannon doing his usual Nick Cannon thing, and some solid singing, every element is just surreal and intriguing. Well, everything except the judges.

I hate or am indifferent to almost all the judges on this show. Seriously, why the fuck is that lies-about-vaccines-spreader Jenny McCarthy present? At least Robin Thicke is pretty good at breaking-down the vocal tricks done by the more skilled masked singers, even if he always comes off as smug and self-satisfied. Along with those two assholes there is a random lady from the, "Pussycat Dolls," group that was popular 10 years ago (Nicole Scherzinger), and Ken Jeong, the one judge I like because he is actually clever and humorous. They don't even really, "Judge," however so much as try and guess who the masked singers are whilst the audience sends the lowest-rated singer home. Terrible-judges-besides-Jeong aside, it is a great show and worth watching if for not other reason than it is so zany and just fun.
4 out of 5 stars.
Posted by David Charles Bitterbaum at 10:42 AM