A Quick Thought on Drake and Meek Mill's "Feud"

What Exactly is Going On? 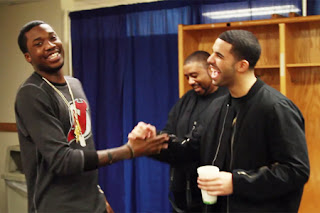 I am a follower of rap music, even though I find much of it lately to be quite subpar--some amazing exceptions aside. I wondered aloud two years ago if Drake was finally growing into his potential (at this point I say maybe, slowly) and have observed with moderate interest this so-called, "Feud," going on between him and fellow lyricist, Meek Mill.

There are explanations of the feud that range from somewhat serious to more silly, but to sum things up: Meek sent out a tweet accusing Drake of not writing his own raps, diss-tracks have been released by both rappers, and it is getting all kinds of press. 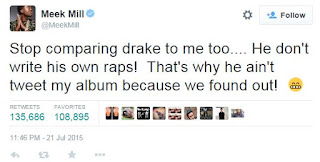 Drake's  diss-tracks seem to be much better than the ones put out by Meek, and if we're being honest Drake is already more beloved than Meek as it is so he kind of already had won before the trouble began.

I mean, a Toronto (Drake's hometown) councilman tweeted at Meek Mill he was no longer welcome in the city when Meek had the nerve to question Drake's authenticity. 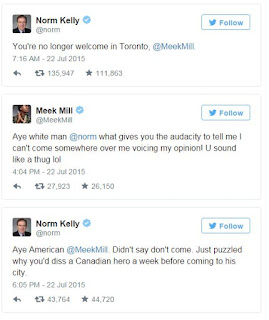 When the local politicians of your town have your back enough to throw shade at another artist, you're a pretty popular rapper. Meanwhile, it seems everyone in the rap game has weighed in with an opinion, from A$AP Rocky to 50 Cent, although I think the best statement from a rapper was when Lupe Fiasco turned in a quite wise open-letter to anyone who desired to read his thoughts on all this.

Oh, and now we are to the point where it's being pointed out how through all this Drake is still good friends with Mill's girlfriend/possible fiancé Nicki Minaj, so that could mean she simply doesn't care about this current battle of wits, or may even be dumping Meek, although who knows at this point considering this feud is an even mixture of actual events and sheer guessing? This is all well and good, but a big part of me just has to ask, "You all call this a feud?" 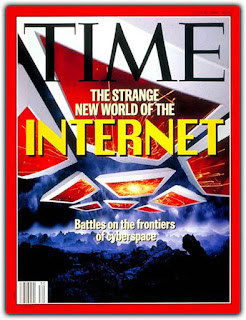 Think back to the 1990's, or if you weren't alive yet then, go ahead and Google information about that magical time when instead of being engaged in multiple wars and  suffering economic troubles the worst thing Americans were worried about was if our President had sex with an intern and the web was usually accessed via the most inhuman screeching sounds imaginable anytime you used your dial-up.

Back in this time there was a rap feud between the two coasts of East and West, and it was getting ugly. We had rappers claiming they had sex with another's wife, threatening lives, and eventually two big names ended up dead, Notorious BIG and Tupac Shakur (I personally feel Suge Knight had Tupac killed, but even if at least one murder was an "inside job" it's still awful). It was dramatic, violent, scary, and what I think of when I hear the words, "Rap feud," regardless of how many countless ones there have been. 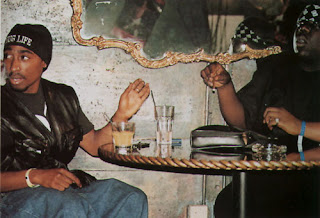 We lost two incredible talents due to the gigantic feud between coasts, and it was incredibly tragic. That is why I am both happy the feuds today are not that bad, and annoyed when people try to make a big deal out of some rappers tweeting out childish insults at each other. In the 1990's people died, that was how bad things got. 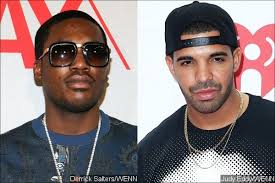 In conclusion, let's just calm down with all this, "Epic feud!" talk. There were feuds in the past, and they were truly bloody and horrible. Trying to compare the squabbles going on today to anything resembling that just goes and trivializes what happened before and adds more importance to something as minimal as Drake and Meek fighting than such a thing deserves. Plus, let's be honest here, there could be a decent chance this is one big (and ingenious) marketing stunt. Also, if we're really being honest, Drake is unquestionably better than Meek Mill, in my humble opinion, but that's just me.
Posted by David Charles Bitterbaum at 12:44 AM