Links for the Month's Conclusion

As it Ends
We are at the end of May, how about we enjoy some links to finish off the month?

It's kind of uncomfortable to think how easy it can be to fool people into believing you made a "legitimate" scientific study if you have enough money, and do some clever P.R. Reading about a person fooling arguably millions into thinking chocolate makes you lose weight is both fascinating and disturbing.

I'm thinking of doing a television Tuesday about all the controversy hounding the Duggars at the moment. I have of course written about them before (twice, actually), but found it interesting to read an article that points out how TLC has become one of the most controversial channels around. 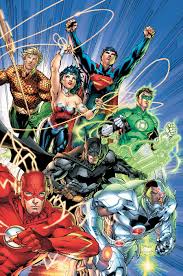 The New 52 really does kind of lack a sense of joy and wonder, doesn't it?

For those of us with some fond memories of the "Ultimate" Universe of Marvel comics, and even some less-fond ones, this article by Slate does a fantastic job breaking-down just how the "Ultimate" comics came about, and where it all started to go wrong ("Ultimatium", of course).
Google has filed a patent for a teddy-bear that could be really eerie. It's just a patent, so who knows if a prototype will ever exist, but still, one can worry.

Some would argue Marvel's latest big cross-over ("Secret Wars") is better than DC's event which just kind-of finished ("Convergence"), at least that is the claim here. I'm mostly avoiding either due to my budget and eventitis, so I can't comment. 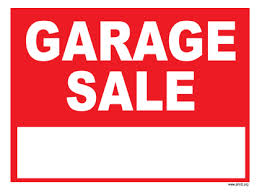 There are certain items you should not buy at garage sales. Some of the stuff on this list is obvious, other items are not as shocking, but make sense.

Finally, I have been excited for the new, "Batman: Arkham Knight" game, but seeing all this absolutely ridiculous stuff about pre-order, "Bonus Content," and a $40.00, "Season Pass," for downloadable content has me seriously thinking I'll just skip the game until an inevitable special edition comes out with everything folk would have to buy piecemeal otherwise. I'm not the only one with thoughts on this. By far.

A New One Begins
There we go, the end of May and the start of June. I hope we all are ready to break-out the swimsuits and sun-screen! I myself hate sunscreen, but would rather wear it than turn into a tomato. Anyway, enjoy the links!
Posted by David Charles Bitterbaum at 12:00 PM