A Holiday For Mom, A Bunch of Comics For Me 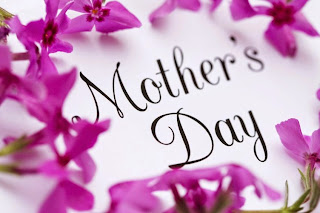 It's Mother's Day! What better way to spend the holiday than by reading some comics and discussing them? To tie-in with the holiday I'll have my usual stars I reward a comic, but then add a thought on what kind of mom would enjoy such a comic!

Good Reading
Miami Vice: Remix #2
Joe Casey is a stellar writer and makes stuff I often love, but the real draw for this comic being published in a partnership between IDW and Lion Forge Comics is the incredible art of Jim Mahfood. Thanks to Mahfood's artwork Miami Vice is looking even more like a neon-drenched acid-trip than it ever has. Plus, tying-into that whole media-sensation of "Bath Salts" and how it made some people attack others, we get to see voodoo-zombies tripping on "Miami Bath Salts" and attacking our famous heroes, Crockett and Tubbs. It's all very silly, but self-aware enough to know you're reading for a good time, not a serious exploration of the morality of police-work and undercover life. Thanks to Casey turning in a wild script and Mahfood providing pitch-perfect art, a solidly entertaining time will be had by anyone who reads this comic.
4 out of 5 stars.
Give this comic to your mom if--She still fondly talks about watching "Miami Vice" back when it was the hottest thing on T.V.

Zero #16 and Dead Drop #1
Both of these comics are written by Ales Kot, a writer I have been excitedly following the works of ("Zero" was in fact one of my favorite comics of 2014). I'm noticing certain themes popping-up in his books that make it interesting how even if the things he writes are in different comic-universes certain concepts keep popping-up that make it apparent Kot has a bit of a thematic-link between titles. Whether it is how "Zero" makes mention of mental holograms (a concept discussed in Kot's comic, "The Surface," or how issues of "Zero" have focused on a mushroom spore that spreads in a viral way whilst meanwhile the first issue of "Dead Drop" touches upon a viral entity with a consciousness that terrorist-styled anarchists want to use, Kot is making different comics, but in some ways is creating his own multi-line singular piece of work with ruminations on the mind along with literal and figurative viruses. It helps that each of his works are all very strong, thanks to his unique writing-voice and the solid art turned-in by his contributors.

Upon my hearing that "Zero" was ending with its 18th issue I felt sad, but as this 16th issue makes clear, Kot is clearly building up to something epic, with what started as a simple future-spy story morphing into a treatsie on how we perceive reality, the meaning of life, and lots of really gross mushrooms. Meanwhile it appears that "Dead Drop" will incorporate various characters of the Valiant comic-universe in fun ways, as everyone heroic in that world works to keep the utter destruction of Earth from happening. It sounds dreary, but "Dead Drop" is actually written with a fun and humorous tone that makes all talk about how "This virus will destroy our planet!"not as dramatic and upsetting as things would seem. With both comics we have something good--an intriguing nearing of the end with one, and a solid start with the other. Kot is definitely a writer to keep watching, as his output should only grow more and more interesting.
Zero #16: 4.5 out of 5 stars
Dead Drop #1: 3.5 out of 5 stars.
Give these comics to your mom If--She likes deep explorations of what it means to be human ("Zero), or just enjoys a good chase-scene ("Dead Drop").

Batman #40
Well, here we are. Another issue of Batman, another "Final fight," against his greatest foe, the Joker, followed by another apparent death. I don't know, perhaps I'm a little cranky because I felt Morrison did it better with his run of Batman where he killed Bruce Wayne and then brought him back, and that was so recent. It just feels like this is recently-trodden territory with the only big shocking change being that apparently Jim Gordon is going to be the new Batman as DC's latest releases have made clear. Still, Snyder gives us a passably mediocre conclusion, Greg Capullo provides stellar art, and now we get to the play the betting-game of wagering how long it will be until Bruce Wayne returns to reclaim the mantle of Batman. I guess I just expected more than another apparent death of our hero and potential death of his villain. Sigh.
2.5 out of 5 stars (I would rate it lower, but Capullo really is a great artist).
Give this comic to your mom if--You want to show her an example of how comics are always killing off characters only to have them inevitably return some years (or even months) later.

The Unbeatable Squirrel Girl #5
Just when I start to think "The Unbeatable Squirrel Girl" can't get even more fun, it goes and does. This issue primarily involves our heroine's college roommate stuck in the head of the Statue of Liberty with a bunch of other hostages while they tell stories about her that seem quite similar to other heroic-yarns. Whether riffing on the Spider-Man of the 1990's and his clone wars, giving a shout-out to "The Dark Knight Returns," or touching upon the 2099 comic-Universe, each story is incredibly funny to witness, as it becomes more and more apparent that the people being held hostage either are making things up about Squirrel Girl, or just have a horrible memory in regards to their heroes. It is just super-awesome fun.
5 out of 5 stars.
Give this comic to your mom if--She has expressed interest in super-hero titles, but wants something more fun than grim.

Thanks to all the Moms! 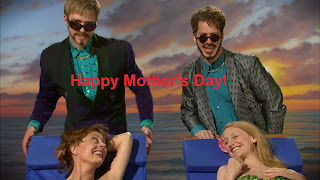 That's my special Mother's Day-edition of my Rant-Reviews. I hope everyone has a great rest of their day!
Posted by David Charles Bitterbaum at 3:05 PM