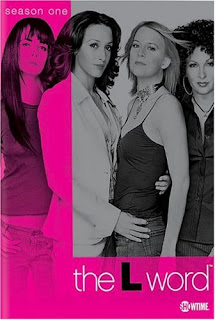 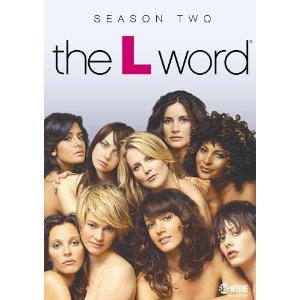 The L Word Season 1 AND 2
Welcome to my newest segment/feature, Television Tuesday! I plan to review series, seasons, or even just individual episodes of various T.V. programs so that you can know what to watch and what to skip. Do please note that this will not be a regularly occurring bit like my Flashback/Film Friday segment, seeing as how it can take a long time to watch a whole season and I don't watch as much T.V. these days so I can't always be posting my thoughts on the latest episode of [insert lame Hospital drama that isn't ER here] because I simply don't keep up on current series. With that intro out of the way let's begin by reviewing the first and second seasons of a show that wrapped up its series not too long ago, The L Word.


Showtimes' The L Word was revolutionary. There had been token lesbian characters on shows, and there were television programs with gay males (Queer As Folk, Will and Grace), but a show where the main characters were gay females? That was new. Why would I, a straight male, be such a big fan of this series? Well, I wrote huge college paper as part of an independent study project about the portrayal of male and female homosexuality in media, and spent a lot of time "reading" Queer as Folk and The L Word. In the process I became a fan of Queer as Folk but a big fan of The L Word because I found the characters a bit less stereotypical than Queer as Folks' cast. I won't use any parts of that paper as it may bore you to death unless you are really into academic writing on gender and sexuality. I will however, break down why this show was great despite some opening stumbles--plus it has the amazing Jennifer Beals (Flashdance, anyone?).
Let's get this out of the way, yes, the show contains steamy scenes that probably helped draw in viewers initially, but its the great story and plot that kept this show going for six seasons. Let's get another thing out of the way--the show does start a bit weakly, stumbling about and not really picking up steam until around the episode where the only main male character--Tim--discovers his fiancee Jenny is cheating on him with a woman. Before that the show is interesting, but seems to be unsure where its going. Around mid-season everything falls into place and the characters go from being archetypes to fully fleshed-out interesting individuals. You start to actually care about Jenny, Dana (my favorite character), Alice, Shane, Kit (played by the delightful Pam Grier), and Tim. The show is humorous, dramatic, and kind of like a soap-opera but not as corny, in other words, its great. However, Season one still seems a little bit unsure of itself, testing out the limits of how far it can go, which plot points to focus on, and the like. Season one has some incredibly strong episodes and moments, but Season 2 is where things get an overall solidness. 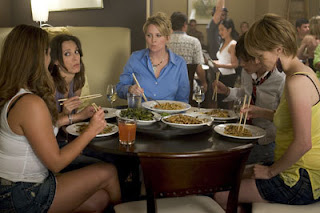 Season 2 brings in some new characters, switches up the status quo from Season 1, and introduces a catchy yet slightly annoying opening theme by the band Betty. This season maintains a strong pace throughout and my favorite parts have to be watching Jennifer Beals character have a border-line mental breakdown from the drama in her life, Jenny and Shane's new roommate cause a whole lot of trouble, and Alice and Dana making such a hilarious couple. Yup, Season one has the stronger individual moments, but this season is just the most fun overall.
I've been careful not to say too much about the plot of these seasons, as I want to encourage you to go out and rent or buy them, but I hope from my writing you at least get the point that this was a fun series that also made you think. Maybe sometime I'll post my 30-something page paper that breaks down this series so you can see what makes it so great--if you don't fall asleep from it being somewhat dry. What do you think, shall I find a way to post or link it? What would be a good way to get a word document attached for download--but I digress. This is a good series, and you owe it to yourself to check them out.
Season 1
4 out of 5 stars.
Season 2
4.5 out of 5 stars.
The L Word: Season One

if you want the first.
The L Word: Season Two

if you want the second.
Posted by David Charles Bitterbaum at 10:00 PM