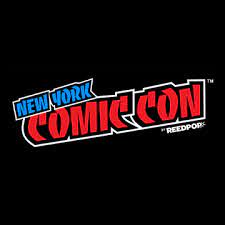 The New York Comic-Con starts today in New York City. It will have a bunch of guests, tons of creators, and looks like a fun time. I'm not going this year as life in Saint Louis has us far too busy for me to just dip out for half a week. I do hope to attend NYCC someday though. I have enough friends in New York thanks to having lived there for some years previously I probably could at least crash somewhere as opposed to having to get a hotel room, so that's theoretically a bonus. Anyways, the show kicks off tomorrow and will probably have some cool news coming out of it I'll discuss during or after the weekend.