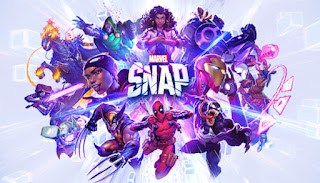 Back in the day, I played Hearthstone a decent amount. However, I grew tired of the decks full of cards and all the strategies that entailed resulted in a meta that felt more like homework than fun to do. One of Hearthstone's former bosses (Ben Brode) went and made a new digital card game that is wildly fun, uses Marvel comic characters, and is simple in some ways but complex enough to always keep things fresh. I'm talking about Marvel Snap.

It came out this week and Marvel Snap is a digital card game that also has puzzle elements as you place your cards at various locations to optimize their usefulness. The cards interact with each other in a number of ways that keep players on their toes. Plus, it is loaded with fun Marvel characters! You don't have to pay anything to get cards and can unlock a ton of them by simply playing, but you can unlock cards faster with little power-ups you also earn through playing or with some cash. I only paid enough to get the season pass and unlock more bonuses faster, as I felt with the amount of time I've already put into Marvel Snap it was worth $10 to have more missions and such. 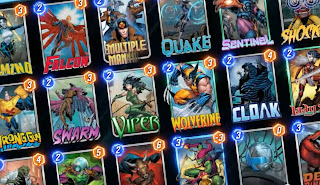 I'm not alone in loving Marvel Snap. Many people appreciate how the matches take 5 minutes or less too with the smaller decks. It is like Marvel Snap trimmed all the extraneous stuff from Hearthstone and created a tight and streamlined (but still quite clever) optimized title. Plus, I love Marvel so that's just gravy on this delicious metaphorical biscuit! If you've got Steam or a smartphone, you need to try Marvel Snap out!