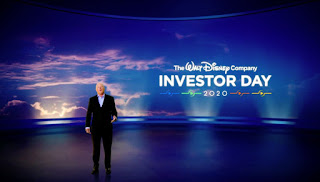 Yesterday Disney had presentations for, "Investor Day." That sounds incredibly unassuming, but it was the most jam-packed investor call you'd probably ever have heard. There's going to be new stuff featuring the Xenomorphs of, "Alien," more was revealed about a ton of Marvel shows along with lots of new Marvel content, a chunk of, "Star Wars," shows--it was pretty crazy. In regards to Marvel, we'll be getting the character of America Chavez/Miss America soon, they're working on Disney+ shows and movies with Riri Williams/Ironheart, there will be a, "Secret Invasion," show with Samuel L. Jackson's Nicky Fury starring, and a, "Fantastic Four," movie is in the works. Plenty of people's roles in upcoming stuff was confirmed (Christian Bale will play Gorr the God-Butcher in the new, "Thor," movie, for example), and things nobody even was expecting were made apparent (an, "Armor Wars," show with Don Cheadles' War Machine). Heck, even, "Y: The Last Man," which has been in development hell for years was discussed as coming along for FX/Hulu.

Seriously, Disney announced so much it was mind-boggling. Now, a lot of this is in early development so we won't see all of this stuff for a number of years, easily. That said, a ton is clearly in the works. Their investments in Marvel, Star Wars, and Fox's IPs are not going to hang about unused anytime soon.