Thoughts on Disney+ AKA the, "Puppy Dog Pals," Streaming-Service 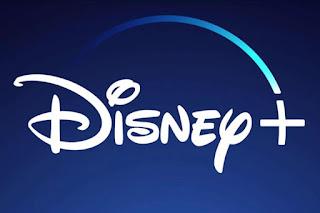 There is a new streaming service called, "Disney+," which allows you to stream both seasons of my son's favorite show, "Puppy Dog Pals," for just $6.99 a month, commercial free. Considering how much space old episodes we recorded are taking-up on our DVR and that the DisneyNOW app has tons of ads, this is a great deal with the launch of Disney+ this week we eagerly subscribed. Apparently, this streaming-service includes other features beyond, "Puppy Dog Pals," as a nice bonus too, as I posted on Facebook to my friends/Tweeted to my countless (okay, 100-ish) followers.

I'm being silly, but one of the main reasons our house thought Disney+ sounded good was it included a lot of Disney Junior shows Clarkson loves, in addition to a number of classic-to-newer Disney films he will watch (Clarkson always is down to view, "Moana," for example). Plus, there is, "Star Wars," content and a chunk of Marvel movies that are not currently tied-up with other services for a bit longer. Also, it is just $6.99 which is a Hell of a deal considering how expensive all the other streaming services are becoming. Speaking of, "Other streaming services," it is not secret I am getting sick and tired of so many streaming platforms emerging, but yeah, Disney+ is pretty snazzy so far.
We've watched some of Clarkson's shows plus, there is, "The Simpsons," which is fun to check-out old episodes of, and the original content like, "The Mandalorian," which is based in the Star Wars-Universe is apparently off to a good start as a weekly-updated show (I have not watched it yet). Plus, in the future Disney+ will have my, "Moon Knight," show, so I was going to have to get it at some point no matter what for that. There is by no means as much content as some other streaming services, but what is there is mostly killer with no filler. Even the, "Filler," is stuff I like, such as those old hokey Disney Channel movies I watched as a kid--"Mom's Dating a Vampire," and, "Zenon: Girl of the 21st Century,"--or the direct-to-VHS sequels Disney did for some years (anybody up for, "Aladdin and the King of Thieves," to kill an hour?), so it is all pretty snazzy stuff.

With everyone using Disney+ it has had some technical hiccups, and we've seen those too having tried it out. Shows and movies suddenly having the screen freeze while audio continues, the whole program slowing to a near-freeze and then speeding-up really fast. It is a little annoying but not system-breaking glitches. The program itself is easy to navigate and will feel familiar to anyone who has used Netflix/Hulu/whatever. Disney+ is still clearly really, really new and will need some time to add more content, but as it stands now it is pretty snazzy. Plus again, that is a great price (there is a combo version that has Hulu and ESPN stuff as well, should want to explore that). Disney+ is not perfect, but it is pretty cool and it has, "Puppy Dog Pals," which is basically worth the price alone.
Posted by David Charles Bitterbaum at 11:20 PM