Listening to Her Raunchy Music Made Me Wonder...What if Megan Thee Stallion Was Secretly Vanilla? 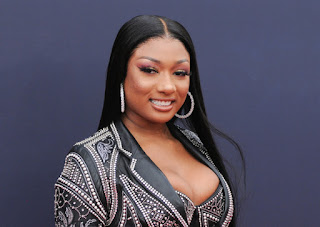 Megan Thee Stallion is a rapper who is known for some saucy lyrics. She talks about how good she is at wild and kinky sex, a lot. Some of her lyrics include bragging about how her vagina has so much grip men can't last more than a minute in bed with her and that she messes them up in the head and causes them to obsess about her thanks to her sex-abilities. She talks about all kinds of wild sex acts like climbing on a man's face and, "Doing a luau," and other assorted actions that incorporate pain or domination. Now, I am by no means stating Megan Thee Stallion is bad at sex, I'm sure her partner/s are always very satisfied, but what if Megan Thee Stallion was secretly vanilla and had us all fooled?

Musicians will sometimes create an image of themselves that is exaggerated or over-the-top. After all, many musicians are not partying constantly (and those who do often sadly end up dead) and lots of gangster rappers are not actually selling drugs or shooting rivals (and rappers who do engage in crimes have tended to end-up in prison or also sadly dead). Hence, it would be kind of funny if it turned out Megan Thee Stallion were actually really mellow and chill when it came to sex as opposed to violently mounting her partners and riding their genitals like, "A stolen car." For all I know Megan Thee Stallion is as extreme sexually as she claims, but it would be funny if at some point the opposite turned out to be true.
Posted by David Charles Bitterbaum at 9:05 PM