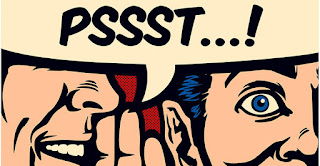 In February of 2018 I shared three rumors relating to Marvel/Disney. The one about plans to make a, "Blade," movie turned out to be extremely true, as I was proud to brag about when his flick was announced as in-the-works during July of 2019. Well, of those three rumors I also mentioned there was some possible planning to utilize Ghost Rider in a big way, but it was unclear if it would be the Robbie Reyes version that drove a car or a more old-school iteration like Johnny Blaze or Danny Ketch. Then a planned Hulu show with a Robbie Reyes-styled Ghost Rider was canceled and it is all seeming to fall into place. You see, I've been hearing some chatter from people (who won't be named) that tend to steer me in the right direction about stuff so there is a rumor I'm starting to believe and another rumor that grows out of it.

The first rumor is to possibly expect to see Ghost Rider in the, "Blade," movie in some way, shape, or form. I don't know if we are talking just Johnny Blaze (maybe Ketch) before he become the Ghost Rider, a brief appearance of the well-known flaming skull in the after-the-credits stinger, or what, but Marvel/Disney has plans for Ghost Rider in the MCU and he'll be popping-up in a Blade-related film, supposedly.

This leads to the next rumor I've heard that makes some sense but seems a bit more shaky. Basically, you may recall people were mumbling about a, "Dark Avengers," team, but thought it would be something like the comics with Norman Osborn. What if I told you this, "Dark Avengers," is actually just a more commercial-name for the Midnight Sons AKA Marvel's team of supernatural heroes? The thing is some of the better-known Midnight Sons have complex copyright concerns (Morbius has his film rights over at Sony), so if a supernatural team were being built why not just call it the Dark Avengers?

This could all turn out to be smoke being blown up my tuckus or it could end-up I'm right on the money. As it is, I am pretty ready to believe the first rumor I've heard and kinda see the logic behind the second, but think that is less credible and more a case of the people I've talked to stretching the limits of what they actually know versus giving me solid scuttlebutt.
Posted by David Charles Bitterbaum at 6:47 PM