Are Marvel and Fox, "Cool," Now? Three Pieces of Evidence 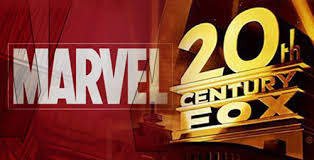 Marvel and Fox have had a relationship that could at best be described as, "Super-motherfucking-acrimonious." To make a long story short, back in the early 2000's Marvel was practically bankrupt and sold the film-rights to a number of their characters to various studios. Then in 2008 Marvel (having somewhat recovered) made movies within their own studio, starting with taking a chance on, "Iron Man." It was a huge hit and Marvel became so profitable Disney bought them. Meanwhile, certain studios still own the rights to certain characters. Sometimes Marvel  has cut deals (thanks Sony, we appreciate the Spider-Man!) but Fox (who owns the rights to the X-Men and Fantastic Four) hasn't played ball. This has resulted in Marvel diminishing the presence of the Fantastic Four in their comics to spite the most-recent film (which bombed anyway) and trying to convince everyone we love the Inhumans even though we don't.

Certain developments have me thinking relations between Marvel and Fox may have thawed however, due to three pieces of evidence I am going to jump to drastic conclusions based on, as we are supposed to do on the internet.

Evidence #1: The, "Legion," Television Show
Marvel Studios (the television division) and Fox are actually working together on the show, "Legion," for the FX channel. This isn't the usual case where Marvel is barely doing anything besides having their characters used but the company is actually heavily involved and it sounds like they are working hand-in-hand with Fox to make this show (which also looks incredibly quirky and cool). If Marvel and Fox hated each other as much as it sounds like would they be willing to collaborate on this program? Perhaps if, "Legion," goes well we could see more partnerships in the future. 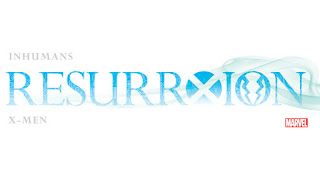 Evidence #2: A Bunch of New X-Men Comics
Marvel has been desperate to promote their characters known as the Inhumans. However, that has failed so badly the Inhumans movie may very well be dead and besides Ms. Marvel everyone could care less about the characters. For awhile Marvel seemed to be down-playing the role of the X-Men in the Marvel Universe, having a few team-books and of course Wolverine solo-titles, but nothing else (and please note Deadpool doesn't count here because even though he is related to the X-Men and owned by Fox he is popular enough Marvel is willing to milk that fame for all it is worth).

Suddenly Marvel is doing a whole bunch of X-Men comics in the near-future however, via what is being called, "Resurrxion." We're seeing announcements of a comic about Iceman, the potential return of Jean Grey and/or Wolverine (the original version, not an alternate-reality one) a, "Generation X," series and who knows what else could be coming? Putting aside how, "Resurrxion," is the most idiotic-sounding name ever and still does somewhat involve the Inhumans, it is cool to see more X-Men books finally coming out, and I think we can agree that if Marvel were still feuding with Fox we probably wouldn't see so many comics suddenly emerging.

Evidence #3: The December Collector Corps Box
Marvel does a subscription box that comes every two months full of exclusive goodies and which often ties-in to something popular or about to hit the silver-screen (with Doctor Strange due at the start of November they are doing a, "Doctor Strange," box for this month). Generally entities which are under the ownership of Marvel itself have been promoted besides in February 2016 when Marvel did do a, "Deadpool," box, but as I said earlier, he is an exception because he makes boatloads of cash-money even if Marvel doesn't have the film-rights to him. For December Marvel revealed a theme that this is my, "Smoking gun," of evidence because guess what the theme is?

Did you guess, "The X-Men?" I would hope you did as I have a picture of the announcement about the box above this text. Seriously though, why would Marvel even give the X-Men the time of day for their Collector Corps boxes if things weren't a modicum more cordial between Marvel and Fox? I suppose it is possible that Marvel's owner, Disney, could have said they want an, "X-Men," box and you can't deny the House of Mouse a request. That said, I'm leaning toward thinking that things have got to be better.

This post is a bit of proof and a whole lot of speculation. I could very well be completely wrong about everything with Marvel and Fox still absolutely hating each other's guts. After all, just because there is some smoke that doesn't mean there is fire. On the other hand, you can't have a fire without smoke, so if we suddenly see the X-Men popping-up in stuff from Marvel Studios in the near future I would feel less surprised than a couple years ago.
Posted by David Charles Bitterbaum at 3:51 PM