The Worst Possible Thing A Marvel "Max" Comic Could Produce 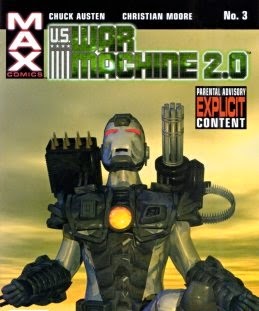 Chuck Austen is a writer whom many people hate. Not dislike, but hate, with passion. Considered to have ruined almost any comic he touched, I actually have to defend him on one title, "U.S. War Machine". Putting aside how you aren't supposed to put periods in the abbreviation for "U.S.", it wasn't a horrible comic. It was a black-and-white title put out from Marvel under their "Max" line, which allowed them to throw in swearing, extra-gory violence, and a bit of nudity, but also deal with other truly "adult" topics such as racism and the military-industrial complex. It lasted twelve issues (which were collected in a trade) and ended with a bit of a cliff-hanger. It honestly wasn't bad and I really enjoyed it. That makes it all the more sad how the sequel, "U.S. War Machine 2.0" and this third and final issue of it, happens to be one of the worst comics you will ever find from a big-name publisher. 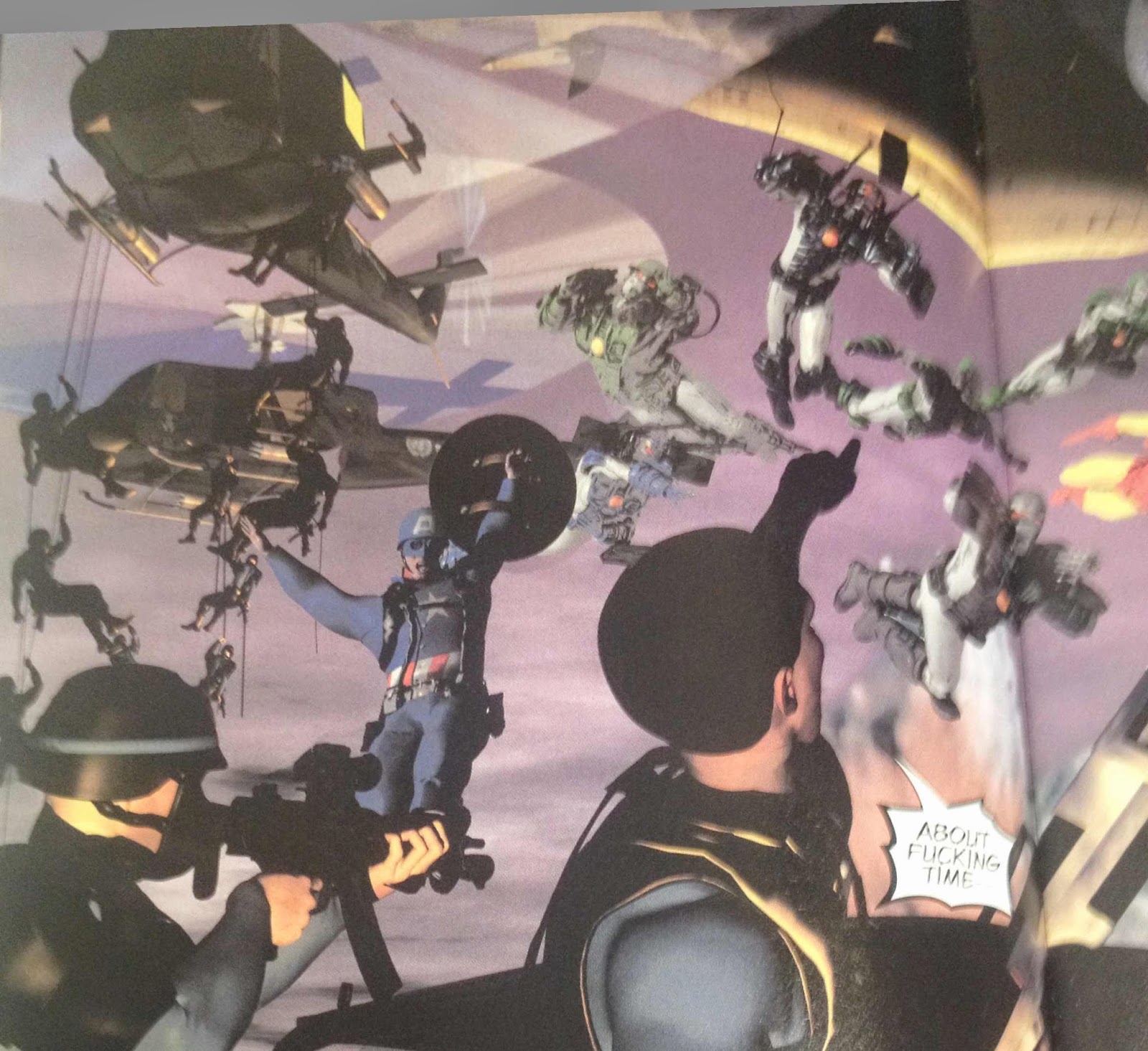 If you gave a high-school student with a weak grasp of story-telling and terrible image-making software the chance to put out a comic this could very well be the result. What's wrong? I'll tell you some ways. The plot makes little-to-no sense with characters randomly showing up. There are swear words thrown in to make everything feel "mature". Wretched dialogue is the order of the day that is supposed to be deep or edgy, but comes off as ham-fisted--"There is no reasoning, Tony. These people have a nuclear weapon in the middle of downtown London for one reason and one reason only, to kill millions of people. And our job is to stop them, by any means necessary." Also, a random bad guy inexplicably gives a hint where a nuclear bomb is in his final words for no apparent reason other than to move the story forward, and the art, oh God the art is just utterly terrible.

Just a Mess
Clearly I could go on forever about the abomination that is this comic. That Marvel even put something like this out and considered it a product of enough quality to slap a $2.99 on the cover is mind-boggling. Honestly, sometimes you will find buried treasures in a dollar bin, but this 3rd and final issue of the 2nd "U.S. War Machine" story is just wretched and one of the worst possible things a Marvel "Max" comic could be--shallow and relying on nothing more than being an immature "mature" comic that can get away with swearing and extreme violence. Then again, the art is so bad you can't even always tell what the violence is. I think a man gets impaled on a spike at some point, and another person gets their head blown off (to list a couple examples), but really, if you can figure out this gruesome computer-generated art you are a smarter person than me.


This 2nd volume of "U.S. War Machine" basically took whatever goodwill the 12 issues in the first series built up and burned it to the ground in the span of a measly three miserable comics. They represent a dark piece of history that folk would maybe rather forget, a time when Chuck Austen was able to get work and put out a steaming pile of awful that masquerades as this excuse for a comic. I am rare in that I actually liked his first "U.S. War Machine", but this "2.0" is just horrific. Then again for every good comic you find in that infamous place where all comics just cost 100 pennies there are plenty of horrors lurking--I just didn't know that I would stumble upon one of the worst nightmares you could ever find. Then again, that's the risk you take every time you embark on a....tale from the dollar bin!
Posted by David Charles Bitterbaum at 3:50 PM