A Cool Comic On Kickstarter--"Oh, Hell" 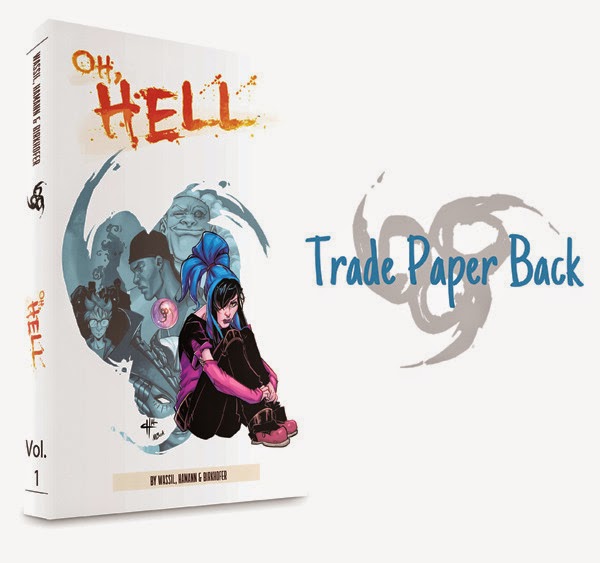 I occasionally will talk about something neat I've seen on Kickstarter, and am doing so again with this current campaign for the comic, "Oh, Hell". One big difference from other Kickstarters I've talked about however is I have actually seen some of the comic and talked with one of its creators first-hand. Writer George Wassil  was at Wizard World Saint Louis promoting "Oh, Hell" and its then-upcoming Kickstarter campaign which started yesterday. I read some of the comic and found it quite fun.

The basic plot is a young girl named Zoel is sent to boarding school with some other youth who have trouble behaving. The twist is that the boarding school is located directly in Hell, and if you don't pass...well, I think it's clear you better try to pass.

The story is interesting, the art is quite good too, and I think this will be a pretty cool book. "Oh, Hell" and its Kickstarter and can be found here. I recommend checking it out and funding it should you find yourself intrigued!
Posted by David Charles Bitterbaum at 8:32 PM