Wizard World in Review Part Two: The Books, Movies, and Other Assorted Artistry

Intro
I've just recently discussed the comics and illustrative works at Wizard World Saint Louis--or WWSL as I'm calling it. However, there were other interesting forms of media and work there too. Be it books, movies, or other kinds of artistry such as crafts and jewelry I wanted to discuss those folk at WWSL who had cool items that weren't necessarily a comic or painting, but which were neat nonetheless. 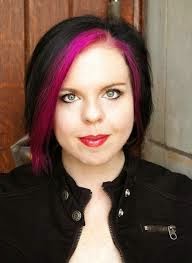 Heather Brewer
Heather Brewer is a New York Times bestselling author who is behind a variety of young adult novels about vampires and vampire slayers. She was quick to point out to me however that her stories vary from the usual "Twilight"-style fare in that it isn't about the cliché romantic story of a girl who loves a vampire boy or such, but is instead about that feeling of being an outsider in your community--whether that is because you are just a bit weird, or a vampire. Find more about her here. Charming Cuisine
Charming Cuisine is the creation of Roxanne Stapleton and it is food-themed jewelry and crafts. For example, hot-dog shaped earrings, or a pumpkin pie charm. He work is as tasty-looking as it is cute and you can look at her neat works at this website.

Fray Fix (The)
I don't have a MacBook, but have friends who do and they've encountered the problem that this handy invention fixes--namely, their "Magsafe" power cord has a tendency to get frayed and rip apart. As someone who has used other Apple products such a iPhones and iPads I know replacing those charging cords can be incredibly expensive. That makes The Fray Fix a quite good deal instead of whatever Apple is charging nowadays to replace a MacBook charger. I showed this invention to a friend of mine who has used MacBooks and they said it was a good idea, so my hat is off to the inventor who was also at the show selling the product. Should you be interested in learning more about The Fray Fix you can find their website here. 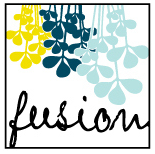 Fusion
Fusion, which has a store in the Chesterfield Mall out here in Missouri was in attendance at WWSL with some of the vendors from the store being folk I mention in this very post such as Charming Cuisine and Unicorgi. Folk who live in the area should check the store out sometime to see what other wares they have to offer! Their website can be found here. 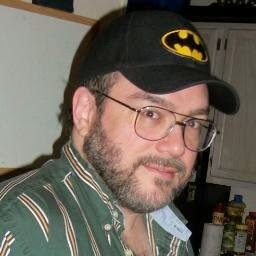 Dr. Travis Langley
Dr. Langley is the writer behind "Batman and Psychology" and was at the convention to discuss his book and help promote the work of Bill Finger. Find him here. 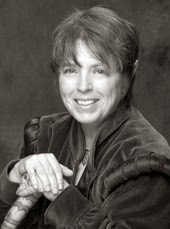 C. S. Marks
C. S. Marks was at WWSL to promote her book "Elfhunter" which is part of a growing series of books set in a fantasy world known as Alterra. From her description of the series it sounds like a very exciting read and I encourage you to check out her website here. 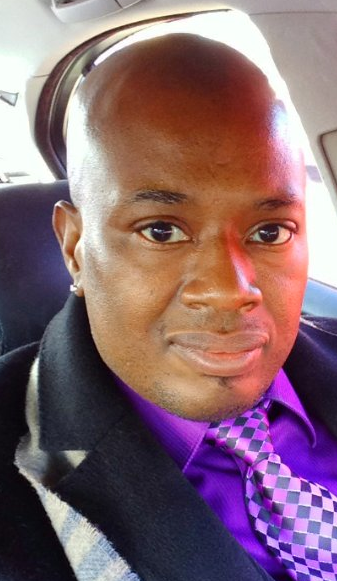 Marcus J. Mosley
I've reviewed the comic "Angelic Wars" by Marcus J. Mosley before and enjoyed it so it was fun to see him again at WWSL. this time he was promoting both his comic and an upcoming movie he directed titled, "Til Death Do Us Part". He described it as being a bit like Paranormal Activity but with an emphasis on having the character's behave in a smart way that defies the sometimes-silly horror movie tradition--e.g. not using the cliché horror-movie logic we see all to often such as when a character hears about an ax-murderer in the neighborhood and then doesn't think to check who is knocking before they open their front door. I greatly enjoyed talking about movies and comics with Mr. Mosley and look forward to "Til Death Do Us Part". You can learn more about his comic "Angelic Wars" at this website, and get more info about his upcoming movie here.

MX Movies
Before I went onto the main show-floor of WWSL there were some booths in the zone just outside the main area, and one of those was a setup promoting MX Movies. I chatted with some of the folk at the booth and they were very friendly, even letting me take a photo of them in some movie-theater seats set-up to display the comfortable lounge-chairs MX apparently has (I say apparently as I have not yet been there to see for myself)! Here is the picture: 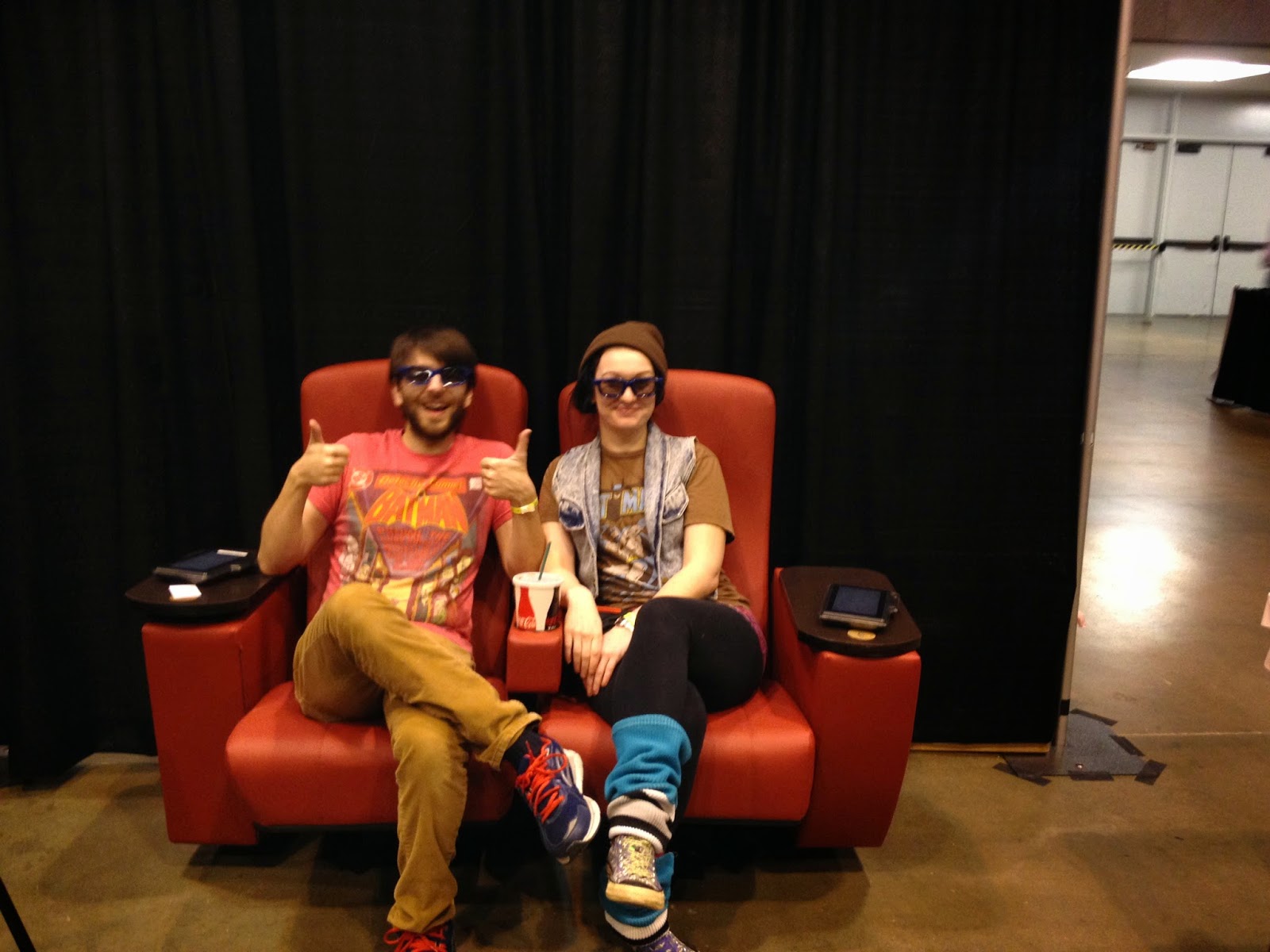 They told me how MX Movies was the first movie theater to incorporate in-theater dining in the Saint Louis area--something which other theaters in the area are now doing but which they pointed out to me they have for a lower price than some of the other chain-theaters. I look forward to going to MX Movies sometime as I love both movies and supporting local businesses. You can learn more about MX at this website.

Sass and Slash
Sass and Slash is the company of Rachel Rieckenberg, a sculptor, painter, and artist. Her work was both a bit creepy (in a good way) and quite impressive to look at. You can find her at his website.

Ashley Schonberg/Jayne Danger
Ms. Schonberg AKA "Jayne Danger" was at WWSL with the most adorable "Octoplushies" I had ever seen. Between their hats and mustaches I was instantly in love with the plush animals and their price was quite fair too. You can get an octoplushie of your own at her website, which can be found here. 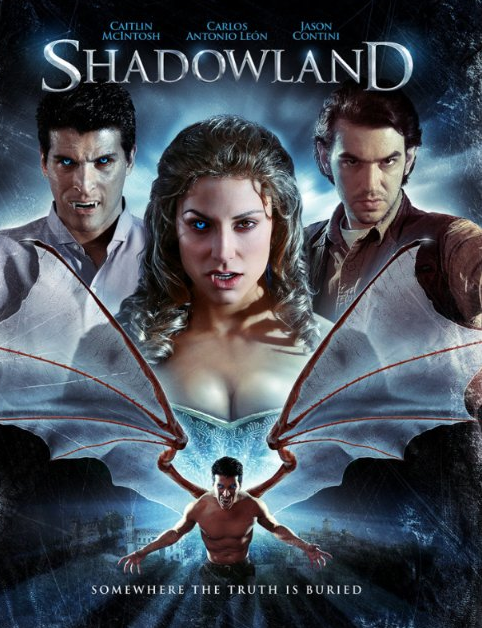 Shadowland/ Jason Contini & Wyatt Weed
Director of the independent horror film "Shadowland" Wyatt Weed was at WWSL along with an actor in the film who is also a comic artist, Jason Contini. Mr. Weed spoke about upcoming works such as "Four Color Eulogy" along with his favorite comics. See more about Shadowland here. 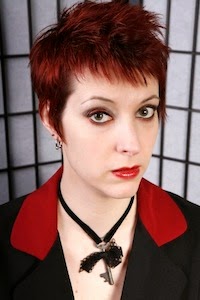 Jennifer Sights
Ms. Sights was at WWSL to promote her series of books starring a detective who also happens to be a witch and has to deal with all the supernatural complications that come from both of these aspects of her life. The first book and second book ("Divided" and "Ravaged", respectively) are available now and the third one is nearing release. You can find out more about her and other projects here.

Unicorgi
Unicorgi is company created by Mary Mckenzie and Matt Seniour that makes all sorts of fun items from t-shirts to pins and a bunch of other neat crafts. You can find out more about them and their products here. 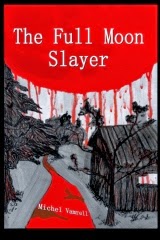 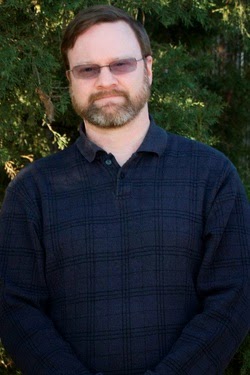 William F. F. Wood
Mr. Wood was at WWSL to promote his trilogy of books, the first of which is titled, "The Ruins of Arlandia". A science-fiction series set in an interesting-sounding galaxy I picked up a copy of the first book and look forward to reading it. You can learn more about Mr. Wood and his books at this website.

In Closing About Books, Movies, and Other Arts
While many attendees to a convention such as WWSL are going for the comics or to see the famous celebrities, there are plenty of folk who are interested in hearing about a movie, book, or crafts. These people help inject variety into the show, making it about not just comics, but all forms of media and fun. I enjoyed meeting these creators/seeing the ones I knew again, and look forward to hearing about their new creations, be it a film, new novel, or a really cool pin.
Posted by David Charles Bitterbaum at 11:42 AM