What's Happening In the World? Let's Use Links to Find Out!

Before I head off to the Wizard World Saint Louis convention today I thought I would share various interesting links or news stories that I feel are worth noting.


So, What is Happening? 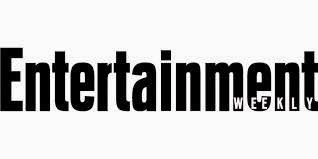 Wow, Entertainment Weekly is definitely experiencing a fall from grace. First they cause a hubub with saying they want people to write for them for free, and then they lay-off a bunch of their paid employees as if to double-down on this, "Hey, write stuff for us and we won't pay you" plan they have. Now, I've done some writing for entities that paid me and entities that did not, but if I've done it for a place that lacked payment it was for a solid reason. Namely, they were too broke to pay for a guest article just as I would be too broke to pay any guest writer. If you're Entertainment Weekly however, I would imagine you should have enough scratch to pay people.

Marvel has tentatively planned out their movies into 2028. That is some long-range thinking. Meanwhile, DC announced this week that they might get a "Justice League" movie out sometime in the future, adding, "Maybe, who knows? We really have no clue what we're doing here."

Speaking of Marvel and planning, I kind of want to pick-up the first issue of "Inhuman" not just to read the comic, but also to see if it is a bit messy due to how Matt Fraction was on the book, left it, and then Charles Soule took over as writer and had to make due with some things that were already done while adding his own new stuff to what I assume was at least a partly-finished first-issue.

Our nation freaks out when someone foreign who identifies as Muslim is arrested for a terrorist plot, no matter how outlandish it is. Yet, as is pointed out here, when a  native-to-America and Christian extremist with a quite implementable plan is caught, it gets little-to-no attention. Is this down to some kind of xenophobia, fear of other religions, or what?

This article about the old mature-viewers cartoon "Home Movies" really took me back to in the day when I would watch the show. True, I was catching reruns as the program had stopped making new episodes when I would watch in the mid-2000s, but that didn't make it any less of a quality program. It's absurd nature, snarky tone, and otherwise hilarious jokes make it quite the treasure.

The Fort Hood shooting incident is tragic and shows how Post Traumatic Stress Disorder (which the shooter was being treated for) is nothing to ignore or be too proud to discuss. Mental illness is still so stigmatized and can result in those needing help not always getting it. The odd thing is that the shooter had never seen combat, so was it truly PTSD or some other mental illness? That seems to be the question some in the media are asking.
In-app purchases are something I generally despise. They also can be quite predatory and target children who don't realize they are spending real money for all those in-game goodies. This article breaks that whole issue down quite thoroughly.

Major League Baseball player Daniel Murphy took some brief time out from his career to spend time with his wife as she gave birth, and then be with her and their new child. Apparently there are people out there who find this outrageous and said things as stupid as that Murphy's wife should have had an elective C-Section so that her pregnancy wouldn't have "interfered" with Baseball season. Adding a child to your household, be it through birth or adoption is one of the bigger life events a person can experience, so I think Murphy was fully in the right to take some time to enjoy this major occasion. I say to all the men mad at him that they should skip their partner's next birth or not be present for an adoption and see how they feel then.

This piece asks if Sonic The Hedgehog maybe never was as cool as we remember him being. I would say that I enjoyed Sonic's games back on the old Sega Genesis/Master System (it had different names in different countries) enough to conclude that he was indeed cool once, but yeah, he ain't that hip now.

The upcoming live-action "Teenage Mutant Ninja Turtles" movie sounds more and more like it might be an unholy mess.
The new Batman "Arkham Knight" game from Rocksteady (the team behind "Aslyum" and "City") looks like it will be incredibly cool and finish out the trilogy of "Arkham" games wonderfully ("Origins" doesn't count as it was a different developer than Rocksteady and clearly a cash-grab in hindsight with this game's announcement). Plus, you finally get to drive the Batmobile, how sweet is that? Now if only DC could give us an awesome Justice League game (besides "Lego Batman 2"), then we would be all set.

David Letterman announced yesterday he is going to be retiring from his late-night show in 2015. With Leno gone too (for real this time) this kind of brings an end to an era of the late-night wars. I would say a new war is brewing though with all the current shows. Between Fallon, Kimmel, Arsenio (yes, he's back), Conan, and Colbert all over-lapping to some degree that is a lot of folk, and that's without even talking about the even-later-in-the-night guys. Then I hear rumors that Kevin Smith may be getting a late-night show on AMC and I think that something has gotta give.

Lastly, I've discussed my concerns with the CGC before and articles such as this don't inspire more confidence.

That's What is Happening.
That's a variety of stuff I found interesting enough to share with you, my dear readers. I'm off now to Wizard World Saint Louis and plan to see the new Captain America movie tonight, so expect things to be written about both sooner than later!