Revisiting Past Posts Where I Was Wrong

There will be times I make a post and predict something will be awesome or terrible.Also, there may be times I make a prediction about some topic or the other. That's all well and good, but as I human and can mess up, sometimes I might be wrong. Seeing as how I've been at this blogging business for awhile now I thought it might be fun to revisit some of my "Greatest Misses" as it were...

Things I Got Wrong 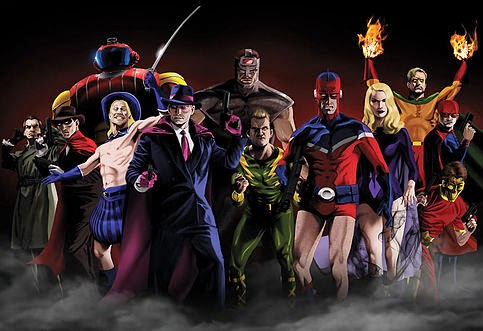 "The Twelve" Should Have Remained Unfinished
For my 2nd post I ever did, I asked about whatever happened to the comic, "The Twelve", as at the time it had been suffering a lengthy delay since the eighth issue. I was eager to see this promising comic come to a conclusion, but once it finally did finish I learned that whatever I had pictured in my head for an ending to the series was much better than what actually occurred. Namely, we got an android who was murdering people because he had no genitals...or something. I should have known better than to expect a good ending to a story by ol' Joe Straczynski, as pretty much any comic he's done lately either ends with him concluding it horribly, or basically just leaving the tale hanging in the air for someone else to come in and clean up. At least artist Chris Weston stayed solid throughout, which made things bearable. 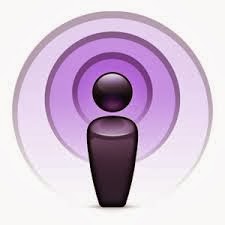 Solo-Podcasting Is a Lonely Act
Earlier on in my blog I tried to do some podcast episodes. I got up to about 10 I think before I noticed basically nobody was listening--probably because one man babbling on about the "Captain America" movie for almost an hour isn't as interesting as I thought it would be. I suppose the issue is that when I am writing I have time to go back and edit my words to make them the most interesting/insightful/funny/non-crazy I can...and with my podcasts I couldn't. Now I know I could have done more editing, but when I was first doing a podcast I didn't know much at all about sound-editing so it was frankly a mess. Oh well, at least when I did some podcast bits for another website where I contributed for some time I was better.

Well, as early as the first issue "Flashpoint" was impressive (much to my then-surprise), and "Fear Itself" turned out to be so terrible I eventually just gave up reading it and looked up important plot-points I needed to know online. Meanwhile "Flashpoint" and some of its tie-ins delivered a quality tale, even with it basically just serving as an excuse to reboot the DC Universe. I definitely called which event comic would be better incorrectly. 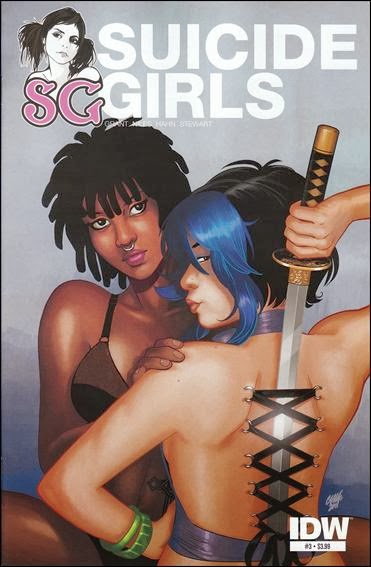 A Comic About the Suicide Girls Turned Out to Be Really Good
I had made a prediction that a comic using the concept of the adult modeling site, "Suicide Girls" would be awful. I mean, the comic had a silly sounding science-fiction plot and it wasn't even an adult comic (which would have made sense) it was just a cheesecakey mature-readers comic that seemed like little more than a cash-grab. Well, after a bunch of various people told me I needed to read it, I finally did, and then I ate crow when I admitted it was actually a pretty good comic.

Rob Liefeld is Apparently Actually a Jerk
I had made a post discussing comic-book folk whose work I didn't like but I heard were nice, and people whose work was good but apparently were unpleasant people. I listed Liefeld as a nice guy, but then not too long after he began a very public display of being a huge jackass. So much for my thinking he was at least pleasant. Do please note that should Rob Liefeld want to prove me double-wrong he is welcome to reach out to me and insist he is not a jerk--as long as he contacts me in a non-jerky way; please throw no bricks through my window.

Vertigo is Doing Okay After All
Pretty recently the mature-reader's imprint of DC known as "Vertigo" looked like it might be in trouble. While DC in general may still be quite a mess of editorial shake-ups and changes, the going-ons at Vertigo seem to have stabilized pretty well. The Scott Snyder-written, "The Wake" was a certifiable hit, and other quality books coming out such as "Trillium"and "Federal Bureau of Physics" are garnering good press and unquestionably decent sales. The new "Astro City" ongoing that launched through Vertigo is doing well (it used to be a Wildstorm-imprint comic, but yeah), and of course Neil Gaiman's "Sandman: Overture" which serves as a prequel to his beloved "Sandman" series is doing gangbusters.

While I and others across the web were about ready to declare Vertigo no more, it recovered from some shaky times and looks like it might be able to carry on alright for some more time still. As long as the imprint can still put out some quality books (and has "Sandman: Overture" to pump it full of revenue) I think Vertigo will be alright.

Nobody's Perfect
I can't always be right, and even when I've thought I was incorrect sometimes it was more a matter of my opinion being changed (Some people might have hated the "Suicide Girls" comic even after reading it, for instance). In the end, whether I'm right wrong, and you agree or disagree with my thoughts, I think the most important thing is we learned a valuable lesson. What that lesson is however, I have no clue.
Posted by David Charles Bitterbaum at 8:20 PM