Black History Month, Racial Diversity in Comics, And How We Still Have A Long Way To Go 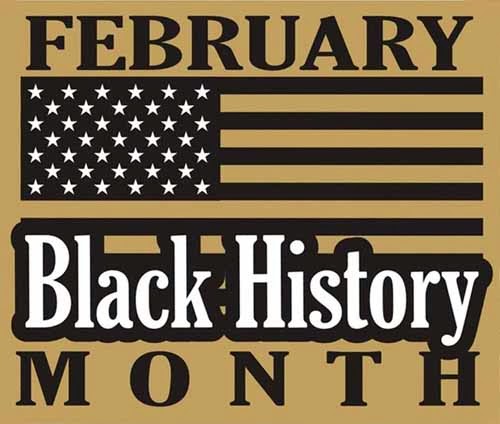 Black History Month
For this Black History Month I was thinking back to the earlier days of my blog when I wrote an article about racial diversity in comics, or the lack thereof. I would like to revisit some of those thoughts and I have a few new assorted musings to start this article off that all come together to drive one point home.

1. Bleeding Cool has a magazine they put out sometimes, and they just did their 2nd annual "Power List" of the 100 most powerful people in the comic-book industry. One black person was on the list, a man named James Killen who handles aspects of distribution for Barnes and Noble and can influence how likely a graphic novel is to be stocked in their stores. So yeah, he was the only black person to have enough power in the industry to qualify for the list (heck, besides a few appearances of various races the list is mostly made up of white guys).

2. It still is a big deal when a comic book comes out that has a cast that is more diverse than not. For example the new "Mighty Avengers" has a wide range races and is pretty gender-balanced too, but besides being a really good comic book (other than Greg Land's iffy art), a lot of the reason it caused the hubbub it did when first announced was the racial and gender element.

3. Even if you have a pretty good familiarity with comics try to quickly name five black writers or artists. It might take you a minute, or you may struggle to even hit five, as while there have been some stellar black comic-creators, many are less known and still highly outnumbered by white creators.

I think these three observations serve as just a small example of how despite being a much more advanced, progressive, and accepting society than we were long ago, when it comes to racial diversity in comics (be it among the characters or creators) we still have a long way to go.
Many of my observations in my earlier article still hold true a number of years later. Black creators are still relatively sparse, and black characters seem to often be relegated to the role of the side-kick or temporarily taking over the role of the "main" hero (whom is white) as a sort of place-holder until the "real" hero shows back up to reclaim their title as the actual protagonist.

That isn't to say there is a lack of encouraging signs however. Miles Morales, AKA the Spider-Man of the Ultimate Universe is half-Black and half-Latino and his title has been succeeding incredibly well with its mixture of super-heroics and high-school drama. He may have come in as a character assuming the mantle of a deceased Peter Parker, but he has made the book his own and hopefully the Ultimate Universe version of Peter Parker won't be coming back anytime soon to spoil such a great character.
Miles is more an exception to what is going on in comics than anything else when it comes to diversity however. As hard as comic-labels can try, it just often seems their books with protagonists of color--any color or creed--don't last. DC's "Vibe" about the young Latino super-hero faded away fast and despite Marvel's Luke Cage always selling well in team books whenever he has had his own solo mini-series lately sales have been more disappointing than impressive, to give two more recent examples.

Sometimes people say comics with leads of color don't sell because they aren't marketed well. Other times folk will state how with a lot of comic readers being white, its harder to get black characters to resonate with them. Then, there will be those who say the biggest problem is not marketing or feeling unable to relate to a character, the issue is that white creators feel less comfortable writing characters outside their race and with a lack of minority individuals in comics that leads to a dearth of content involving people of color. Are any of these statements true? I don't know. Seriously, I don't know what the reason is that comics with black characters often seem to not sell as well or be nonexistent, but I do know that when a comic is well written, illustrated with great skill, and marketed with at least some skill, the book generally will sell.
I don't think Marvel expected their comic "Hawkeye" about the titular Avenger and his protege of the same name to become such a big hit, but between the amazing writing of Matt Fraction and incredible art by David Aja and others, the book has become a certifiable commercial and critical hit. Imagine if something as good as "Hawkeye" could be created with one of Marvel's black characters, it would almost undoubtedly become popular.

Perhaps the issue is that with comics such as "Hawkeye" you have a character who has been established for some time. Black characters just haven't been around as long because black super-heroes didn't start getting bigger until after the white heroes had been around for quite awhile already (although there are black characters who predate Hawkeye so maybe even that argument is flawed). You can create new black characters, but when new white characters often struggle to take off in the comic market it could be argued that makes it doubly harder for minority characters, making an imprint like Milestone Media created by Michael Davis, Denys Cowan, Derek T. Dingle, and the late Dwayne Mcduffie all the more impressive for the success it achieved, however brief when one considers the decades-long history of comics.

In the end it isn't a question of why there aren't more comic book characters and creators of any color besides the demographic of white, but how we can work to increase diversity among our comic-book characters, and the creators who make-up the stories we so love. It doesn't have to be black characters, it can be any difference in race, creed, or religion (for example the new Muslim Ms. Marvel). Just working to achieve a little more diversity is good, would be my point. Should we work hard enough maybe things will improve--it can't hurt to try.