The fourth-ever Project Comic-Con has just wrapped up, and boy was it a fun weekend! As I enjoy doing, I'll recap some of the things I saw and did there. In no particular order of guests I saw (and spoke with beyond a simple "hello" as I tried to interact with everyone!) and the stuff I bought, I now present, Comic-Con In Review!

Guests I Saw and Stuff I Got in No Particular Order 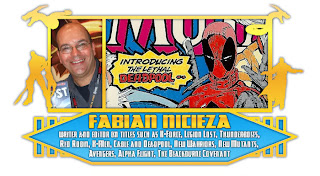 Fabian Nicieza
Probably the neatest person I saw because he had a lot of interesting stuff to say would be Fabian Nicieza. We talked about his work on "Cable and Deadpool" (which was an amazing series) and what he is up to now, along with general chatter about the comic-book industry. He has so much energy and enthusiasm, and is quite witty, which raised the question of why he hasn't been doing a monthly comic for a bit. Basically he has been busy working full-time with a trans-media company called, "Starlight Runner Entertainment," but did say he'd always be eager to write a comic. Hey Marvel, perhaps you'd like to do another "Cable and Deadpool" book, please?

Avatar Press
Avatar Press had a presence at Project Comic-Con in the form of a booth with all kinds of great comics for sale. I got a number of their books for myself and a "Night of the Living Dead" one as a present for someone I know who is a big zombie fan. Avatar is indeed a very cool publisher putting out some of my favorite stuff lately so I was happy to see them at the 'con.

Watsui The Talking Dog
Watsui is a web comic by Dale Martin for all-ages that is very cute. Dale was very nice and fun to chat with Project Comic-Con, encouraging guests to name a new character that will be in the comic. I hope my suggestion is picked!

The Prospector
Darren Neely was at the convention with an intriguing self-published series called "The Prospector" about a more-than-century-old prospector dealing with all sorts of crazy situations. I bought some issues and am eager to read them! 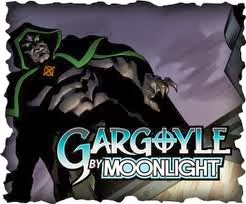 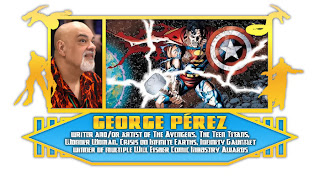 George Perez
Industry legend George Perez was at Project Comic-Con, doing sketches and signing things for folk. He has been having some vision problems lately and is wearing an eye-patch over his left eye, but that doesn't appear to have slowed him down one bit.

Shane Cash and Anthony Medina
Cash and Medina have a comic book they've put out with prose novels by Medina that elaborate upon the initial comic-book stories. It is a clever idea and looks neat! 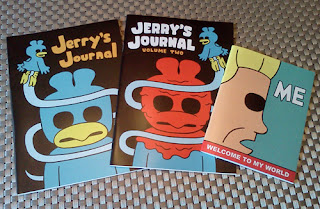 Neal Fitzpatrick
I've reviewed a piece of Neil's work before and found it quite to my liking with its mixture of cute graphics and a funny dark cynicism. It was fun running into Neal again and seeing how he has been.

Todd Tevlin
Tevlin does a humorous comic called "Frik'in Hell that is about a medieval warrior who works in fast food. He was at the 'con and fun to talk with. 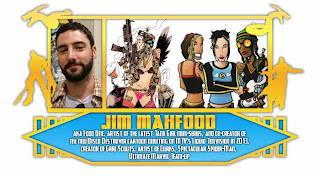 Jim Mahfood
Jim Mahfood was very friendly and had a lot of his stuff for sale, of which I purchased one of his comics because how can you say no to his awesome art? Mahfood and I talked about his drawing style, how he greatly enjoys working with Joe Casey (a writer whose work I love), and other comics we like. 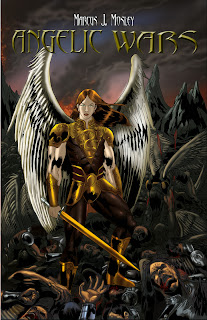 Angelic Wars
Marcus J. Mosley was at Project Comic-Con to promote his self-published work about a war between heaven and hell, "Angelic Wars". I got a copy of the 1st and 2nd issue and it looks interesting! 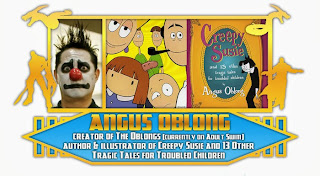 Angus Oblong
He was there last year causing a ruckus as he always does, and Angus Oblong was at Project Comic-Con yet again, with his quirky and offensive-but-in-a-good-way humor in tow. Oblong is always a hoot and it was fun to see him again.

Unshaven Comics
The guys behind Unshaven Comics are Matt, Marc, and Kyle. I picked up the first two issues that have been released of their "Samurnauts" series, a comic about astronaut samurai who have a trainer that is a monkey and helps them fight aliens and zombies. Yes, it is pretty crazy. I also got a cool poster from them! 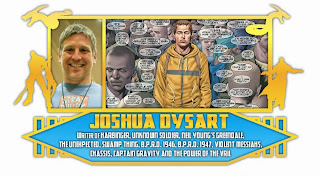 Joshua Dysart
Also at Project Comic-Con last year and back again was Joshua Dysart. He was promoting his new work with publisher Valiant with "Harbringer". I bought the 1st trade and he was kind enough to sign it. 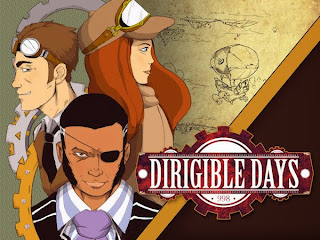 Dirigible Days
Dirigible Days is a steampunk web-series that will be continuing in comic-book form. I enjoy steampunk and its aesthetics very much, so seeing all their gear was cool! 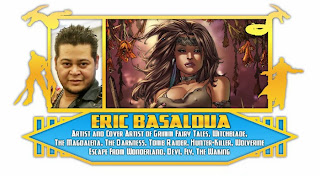 Eric Basaldua
Another return to the 'con was Eric Basadula. Well known for his artwork of various heroines that often is quite risque, Basaldua was friendly as usual and had a lot of prints to sell. I myself love his Weapon X drawing that goes against his usual form of suggestive drawings of ladies and wish he'd draw more of Wolverine too, but as he's pointed out in the past, it's the drawings of pretty ladies that pay the bills.

Wascally Wee Willy
A man who makes incredibly surreal collages from comics named William Harroff was at the 'con and I bought a really cool coaster from him. Weirdly fascinating stuff.

Masta J Wood
Also at last year's Project Comic-Con, Masta J Wood, or Jon Woodard as he is also known, does very snazzy comic illustrations that have a cool mish-mash feel of western art and a hint of an anime style.

Show Me Comics
The guys behind indie-publisher Show Me Comics were at Project Comic-Con promoting their work, "Hafu" which is a strip about a girl in small-town Japan who doesn't know here father has a secret that will change her life and bring in all sorts of complicated elements such as the mob. I bought myself a copy and look forward to reading it! 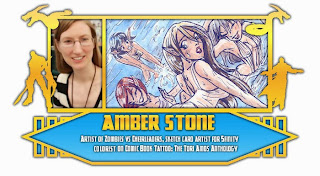 Amber Stone
Illustrator Amber Stone was at Project Comic-Con and fun to chat with about comics. I especially like how she'll put her art on bottles and give them a magical look, like a little glass bottle with an "eye of newt" logo.

Steve Seeley and Michael Moreci
The guys behind "Hoax Hunters" were at Project Comic-Con and eager to discuss their comic. They were very friendly and funny too!

Camden Bottoms
Camden Bottoms creator Scott Quick was at Project Comic-Con with his cool artwork to promote his web series.

Scott D.M. Simmons
Mr. Simmons was at the 'con talking about his various comics works, including a neat one about a super-hero mother who has children that then gain their own super-powers--but at the expense of hers! A neat guy. 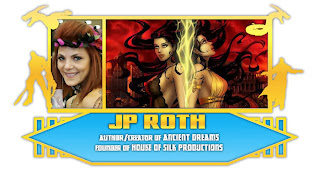 JP Roth
Creator JP Roth was at Project Comic-Con again this year with her lushly illustrated comic, "Ancient Dreams". It really has some gorgeous art.

Zenescope
Comic publisher Zenescope was in attendance, and I spoke with them about how I haven't read much of their stuff but was thinking of giving it a shot.

Z.O.D.
The nice folk of Z.O.D. (Zombification Orientation and Defense) were at the convention, telling people how to fight off zombies through disaster preperation methods from the Red Cross. 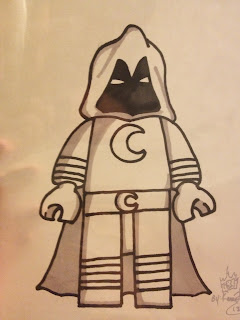 Lastly, I got this cool drawing of Moon Knight as a lego figurine by a man named Kenny who was selling some of his work with various characters in that style and was happy to make me a drawing of one of my favorite characters. Very cool!

In Conclusion
It was fun attending Project Comic-Con for my second time and I am excited for the next show! My thanks to all the creators and vendors at the show, and of course, thank-you to Steve and Jeff for creating this amazing show!