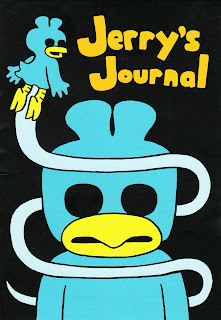 Jerry's Journal is a collection of short comic strips starring the titular bird, Jerry. Author Neil Fitzpatrick gives Jerry an equal amount of self-loathing and humor to make this a fun comic. Most of the short strips involve Jerry ruminating on life, death, and his distaste for himself. There isn't really a continuity to the strips but a theme of so-dark-its-funny runs through all the comics. 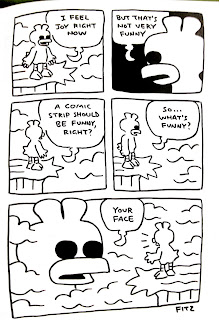 If Jerry were a person you knew, the odds are you would hate them. He's so negative, such a downer, and otherwise a sad little bird. However, as he is fictional you end up liking Jerry quite a bit and hoping maybe he will break out of misery--although if he did the comic wouldn't be nearly as funny.

Much of the strips are about death, which is probably one of the most depressing things there are, but Neil Fitzpatrick makes it humorous. The strip made me smile quite often even if I only burst out laughing on one strip. Namely, this one: 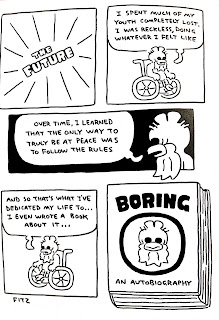 Jerry's Journal is a fun little read. It goes by quickly, but you you will probably re-read your favorite strips so that you can smile and/or giggle at the jokes again. You can buy issues of Jerry's Journal and other comic-goodness at Neil Fitzpatrick's website along with viewing other strips by him completely for free!
4 out of 5 stars.
Read more work and buy Neil's comics by going here.

A review copy of this book was provided by the creator.
Posted by David Charles Bitterbaum at 12:02 PM