With all good things there comes the bad, and Previews is no exception. This month we've got some comics, an action figure, movie, and marshmellows? Let's continue... 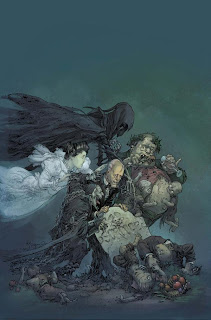 Marvel Zombies Christmas Carol #1, Page 44 (in Marvels Previews), $3.99
Listen, Marvel, its not funny anymore. We had six (I think) mini-series, another one that tied in with Dynamite Comics, a one-shot, Supreme is coming out, and now this? Really? I've heard of milking a cow dry, but now you're pulling the udders so hard the cow is screaming out in pain, and the general public is the cow. 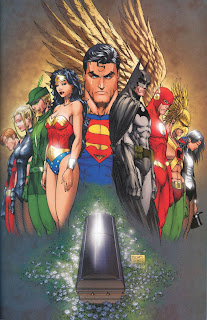 Absolute Identity Crisis HC, Page 114, $99.99
Remember that terrible DC mini-series that tried to be all dark and edgy by re-writing continuity to make it so that the team brain-washed villains and one heroes wife was raped by a villain, because you know, rape is so edgy and adult? Plus there was a stupid mystery and  a character with no history of illness went crazy? Oh, and the woman who was raped died from someone walking on her brain in mini-size and setting her on fire? Also recall how this explained Batman was all gritty and hardcore lately because they messed with his brain too? Yeah, now you can own this horrible comic in a deluxe hardcover and enjoy the awfulness with extra script pages that weren't published! If they released this dreck you know what wasn't drawn must be the good stuff they left out, right? 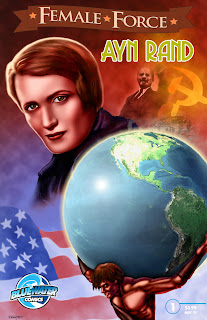 Female Force: Ayn Rand, Page 247, $3.99
Bluewater comics terrible biography comics normally focus on current celebrities, such as the issues about Ryan Reynolds and Taylor Swift. That makes it a bit odd that they chose Ayn Rand. I mean, the comic will still probably be awful, but maybe people will learn something about the woman who encouraged us all to be self-serving jerks towards one another. 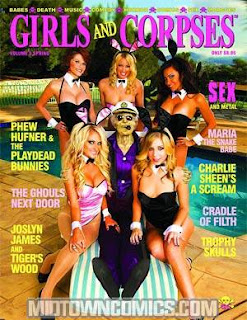 Girls and Corpses Magazine Spring 2011, Page 354, $8.95
Just when you think things couldn't be more stupid, this magazine exists and you just have to say, "God Damnit." I mean really, Phew Hufner and Ghouls Next Door? A Tiger Woods spoof? An oddly timely Charlie Sheen riff? I mean, a magazine full of women and fake dead bodies, who actually wants this? 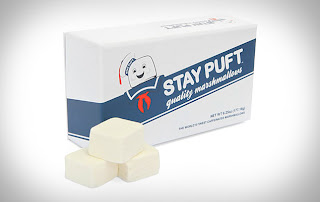 Stay Puft Caffeinated Marshmallows, Page 415, Unknown Price
You may recall when people liked ranch flavoring so much we put it in everything, even stuff that didn't need it? Well, caffeine gets that treatment these days with caffeinated gum, soap, and now marshmallows. 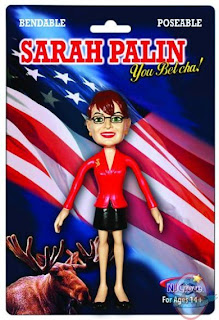 Sarah Palin 6-Inch Bendable Action Figure, Page 422, $9.99
Just like the real Sarah Palin, it says nothing intelligent--in this case it at least doesn't talk at all. This would be worth buying to put in leaf shredder and pretend for just a brief, joyous moment, that the world really is free of this idiot. Part or me hopes she runs in 2012 because she'll lose so handily, but a small part of me worries if enough fools would vote for her that she actually wins and brings our nation into a new dark age. 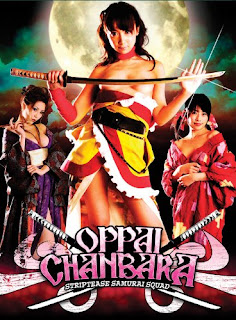 Oppai Chanbara: Striptease Samurai Squad, Page 439, $19.98
This isn't a pornographic movie, just a really, really lame B-movie. Brought to us by Japan but with English subtitles, this may not be the most stupid thing in this month's Previews (that is probably Girls and Corpses), but it comes close. A woman goes back in time and uses her fighting/strip-tease abilities or some junk. I wonder how wretched this actually is.


There we go, another month, another batch of the good and horrendous. May looks like an interesting month.
Posted by David Charles Bitterbaum at 5:00 PM