Television Tuesday: "Zombie," Seasons AKA When A Show Should've Ended, But Did Not

When a Show Should've Ended, Yet it Kept Going 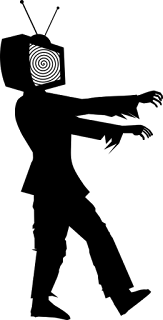 We all have a show we look-back on fondly that we feel was unfairly canceled. Considering how many amazing shows end before they should have (I still mourn, "The Mick," often) it is interesting when the opposite happens. When a show just keeps going, which happens with a number of programs, yes, but what is arguably really odd is when a program reaches its logical endpoint for a certain reason, but it just continues to shamble along. I call these, "Zombie," seasons and will discuss three now. 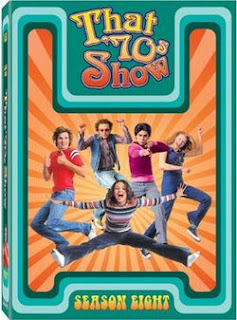 "That 70's Show," was a generally decent program with a number of actors who went on to either achieve further success in acting (Mila Kunis, Laura Prepon, Topher Grace), became surprisingly successful entrepreneurs (Ashton Kutcher), or had things end badly when they were revealed to be creeps (Danny Masterson) or drug addiction ended their life (Lisa Robin Kelly). It was one of those shows that was a decent way to pass the time and Kurtwood Smith as Red Forman could always be relied upon to get some laughs by calling someone a, "Dumbass."

At the end of season 7 Eric Forman (Topher Grace) left town to teach in Africa and a show that already was starting to admittedly peter-out should have been wrap as he was arguably the main character who served as a focal point for much of the show. Then we got season 8 and things felt quite adrift. Eric was gone yet everyone still hung-out at his house for no apparent reason (I think Masterson's character maybe was crashing there which provided some excuse), Kutcher actually left after the first four or five episodes until the series finale, some new guy named Randy was introduced as a shoddy replacement for Eric, it was drab.

It was all quite miserable except for maybe episode 7 where the gang steals a big ugly Ronald McDonald-esque mascot from Fatso Burger which I vaguely recall made me chuckle when I watched it years ago. After season eight Fox finally realized its cash-cow had run dry (ratings were terrible, in other words) and axed, "That 70's Show," for good. You can still often find it in reruns on an assortment of channels, however, so no need to panic if you ever feel a need to check-in with the gang...just avoid season eight. 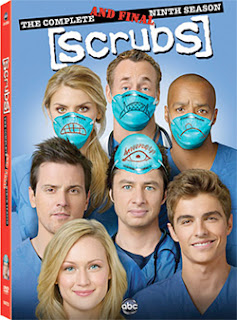 Program: Scrubs
Zombie Season: Nine
Why It's a Zombie: Zach Braff (Dr. John Dorian) Left
When it was on the air, "Scrubs," bounced around to assorted networks enough that a number of times it would seem to be cancelled before bounding-back as funny as ever. It followed an assortment of doctors as they grew in their careers with Dr. John Dorian (played by Zach Braff) being the main one without a doubt. There was a huge supporting cast, but J.D. was our guide through the World (both real and in his fantasy scenes). Season eight literally concluded with the title, "My Finale," and seemed so final...then inexplicably its final network it was at (ABC) decided to do a ninth season which was kind-of a reboot, kinda, "Scrubs 2.0," and fully a failure.

I never watched the ninth season of, "Scrubs," as I only ever actually caught much of the show in reruns on channels like, "Comedy Central," which seems to have in its infinite wisdom avoided ever showing the ninth season. Basically it tried to retool a bunch of characters, bring-in a bunch of new ones nobody liked, and when that failed desperately shoved J.D. back-in to the show for a chunk of episodes. It was either tepidly received or reviled and ABC let the show finally die a season later than would have allowed it to end with dignity as opposed to whatever season nine was. 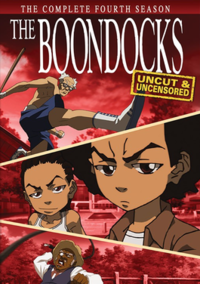 Program: The Boondocks
Zombie Season: Four
Why It's a Zombie: Creator and Showrunner Aaron McGruder Left

Aaron McGruder was the creator of the stellar, "The Boondocks," comic strip. It was a shot in the arm of energy, social awareness, and hilarity that caused a lot of controversy. When he turned, "The Boondocks," into a cartoon for Adult Swim it resulted in two amazing seasons, a solid third season...and a fourth season that was made with zero involvement by McGruder and which as a result everyone likes to forget existed.

Here is the weird thing, I could swear I saw season four of, "The Boondocks," but I for the life of me can not remember any episodes. Even the later ones I recall fondly were in the third season. McGruder was for all intents and purposes done with, "The Boondocks," as a show but Cartoon Network wanted to bring it back for fourth and final season when they should have just let it be. There is one more twist, however, and that is that, "The Boondocks," is going to return yet again, but with McGruder at the helm in manner that makes this more of a welcome revitalization than yet another one of a zombie season.

"The Boondocks," is going to be on HBO Max as a retooled program--McGruder describes it as doing it over again so this is not so much a new couple of seasons as it is a kinda-sorta reboot. Considering what is going on in the World currently McGruder has a lot to work with and even if I'm sick of all these new streaming services, I'm glad to be getting more of, "The Boondocks," in a format that is full-formed and living as opposed to a dreaded zombie season. I guess it is nice to at least end on a positive note!
Posted by David Charles Bitterbaum at 11:52 PM