Xbox Games on the Nintendo Switch? How Interesting... 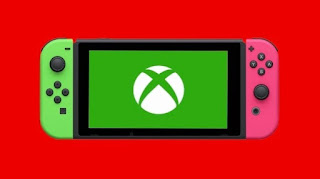 Microsoft has a digital game pass appropriately titled, "Game Pass,"where you can play an assortment of games upon your Xbox if you pay a monthly fee (not to be confused with Xbox Live which in its base-level lets you play games online but doesn't automatically provide this service). Apparently Microsoft is going to put some games onto the Nintendo Switch eShop for people to buy and has plans to let people with the Game Pass play the for free on their Switch--a nice perk to multiple-console-owners. This is quite interesting and further goes to show how Microsoft has been embracing cross-platform play as well as the idea of the Xbox less as a console as opposed to a service.

Microsoft already has worked to make Xbox games playable on a PC with the right tweaks, and has made gestures towards Nintendo before to build a chummy relationship. Remember how much of a drubbing Sony was getting about cross-platform problems regarding, "Fortnite," awhile ago before it relented, while meanwhile Microsoft was happy to let folk play the game on an Xbox, PC, smartphone, or a-okay if you wanted to use a Nintendo Switch? That along with the whole, "Better Together," campaign that allowed Xbox One and Nintendo Switch owners to party-up in, "Minecraft," together illustrated Micosoft was more interested in building bridges towards other platforms than trying to be its own island in the same manner as Sony.
It is kind of funny to think how Microsoft is slowly advancing towards this, "Games a service," concept on consoles, as when the Xbox One was first announced with plans to make games more of a digital product there was a whole lot of outcry and mocking from others. Now Microsoft is slowly moving in a direction where playing Xbox games will be more like booting-up Netflix on the device of your choice, even if there are apparently plans for at least one more Xbox-type console in the future (according to that earlier-linked article by Polygon). Still, it may not be too long before you can play, "Halo," on your Nintendo Switch, and one wonders if maybe even Nintendo will relent a bit on how rarely it shares its properties with other formats (a handful of iPhone games aside) and put a game here-or-there on Xbox; it is less likely, sure, but with this kind of stuff happening maybe not entirely out of the realm of possibility.

We could be at the dawn of some wild cross-platform partnerships for certain companies, but most likely my beloved PS4 (or PS5 whenever that gets made) will be a bit of a an aforementioned closed-off island, refusing to play with others until enough fan outcry forces at least some cross-platform concessions--and this is a big fan of Sony and its products saying this (I love em'), just image what haters might think! I'm not exactly sure what the future holds for cross-platform possibilities, but the fact that there even are possibilities is in itself a big deal.
Posted by David Charles Bitterbaum at 4:40 PM