For The First Time In A Long While, A Company Clearly "Won" E3. 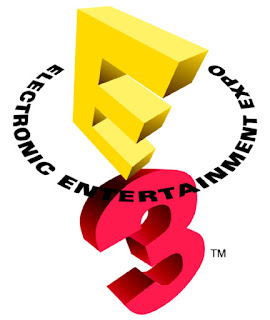 The Electronic Entertainment Expo or, "E3," is an event that has occurred for many years, growing and shrinking in size at various points in time. This year's event is all but over, and some interesting things actually happened. You see, usually most of the big entertainment companies do a presentation about their games, people applaud politely, and nothing much of note happens except for maybe the rare neat game reveal (the announcement of Watch Dogs last year was quite snazzy). Plus, it's an industry-only event, so unless you work in video-games in some capacity, are a celebrity of a sort, or very wealthy, the odds are you can't get in. Therefore, all the video-game websites follow the news, and nothing too shocking happens, with a lack in any "winner" or "loser" for sure--at least since 2006 when Sony had a terrible press conference.

This year things were different though.

Going into E3 Microsoft clearly had the deck stacked against them. Everyone was mad about the various rumors regarding what was true and what wasn't true about the Xbox One. A bit before E3 Microsoft spelled things out, and folk just got more upset. It didn't help that during E3 Microsoft basically gave off the image of, "We know what's best for you, so shut-up and buy our basically un-resellable games and creepy 1984-styled Kinect that comes with the Xbox One." Clearly, they didn't make things better.
If you didn't like the whole deal with having to connect to the internet every 24 hours Microsoft was happy to tell you to just buy an Xbox 360 and quit bitching. They also assured us that all the stupidity of their rules about game-sharing or re-selling was in our best interest, and again, shut up and buy our system because we said so and we're awesome. Sony all but had the conference handed to them on a silver platter if they did a few things right, and boy they did.

You know how Microsoft makes it so you have to connect online every 24 hours? The PlayStation 4 does not make you do that. The 500 dollar price tag for the Xbox One that was just announced? The PS4 is a hundred cheaper at 400 bucks. Oh, and game sharing? Allow me to show you this instructional video about how you will be able share your PlayStation 4 games:


Yup, you hand your buddy the game, that's it. The one thing that wasn't good news with the PS4 is that to game online with multi-player you will need to have PlayStation Plus--but even that isn't too negative as "free to play" online games lack that requirement (Microsoft still will make folk pay for multi-player even if a game itself is "free to play". While that above video is Sony trolling Microsoft at the most epic level, it is also quite funny and true. You can rent games with the PS4, buy used games with the PS4, and basically do everything consoles have ever allowed you to do, only this time folk are cheering about it because someone (Microsoft) went and tried to screw things up. Now, according to an Amazon poll, video-game players prefer the PS4 to Xbox by a margin of 94% for PS4 and 6% for Xbox One. Yikes.
E3 could not have gone better for Sony, and probably was as worse as possible for Microsoft. There are still those out there saying the Xbox One is going to be great, and would probably call me a Sony fan-boy or such. To them I simply say: My friend, are you thinking at all logically?

I want a console that lets me sell my games when I'm done with them, and if it costs companies too much to make such big games that doing so is wrong, maybe they shouldn't spend so damn much (other people agree). After all, those independent developers Microsoft is shutting out tend to make some very good games on a lower budget, so not every release has a to be a multi-million dollar expenditure that results in games costing more and more. Movies cost a ton of money to make, and I can still sell my DVDs after I'm done with them, so don't try that argument.

Also, this generation of Kinect was pretty terrible, so I don't care that for an extra 100 dollars I get a mandatory camera that could always be watching me. Lastly, I don't think having to always connect to the internet anytime it has been 24 hours benefits me in any way. Therefore, I can say that yes, Sony totally won E3 this year, and Microsoft lost, hard. It is a simple fact, and it goes without saying I want to buy a PS4 at some point and have basically zero plans to get an Xbox One.

In closing, this was a great time to be Sony and a bad time to be Microsoft. Who knows how things will actually shake out, but I know where I'm placing my bets when these two companies' consoles start their metaphorical brawl in the marketplace.

Oh, and Nintendo was at E3 too apparently--screaming for someone to pay attention to the Wii U--but at this point it is just getting sad.
Posted by David Charles Bitterbaum at 11:04 PM