Flashback Friday: Whatever Happened to the Ying Yang Twins? You know what irritates me these days? People talk about Migos as if they are the first rap-group that does mediocre rhymes along with some decent music and weird vocal sound effects. This annoys me as everyone is clearly forgetting the Ying Yang Twins. Immensely popular throughout the early 2000's Kaine and D-Roc were perhaps lacking in lyrical depth, but made songs that were interesting in terms of the sonic-trickery and loved to do wild sounds with their voices.

The Ying Yang Twins would have jams that started with one particular melody before at times switching the BPM up all kinds of crazy-like ("Whistle While You Twerk," and, "Say Ay Yi Yi," are wild). They also had a song where the gimmick was they whispered the whole time, titled appropriately enough, "The Whisper Song." A weirdly minimalist piece with all kinds of strange echo effects from their voices and the quiet beat, it is phenomenal to listen to even if the lyrics are really lacking--the entire song is little more beyond them stating, "Wait'll you see my dick," and how the woman will greatly enjoy intercourse as they metaphorically beat her genitalia up with their superior sex-skills. 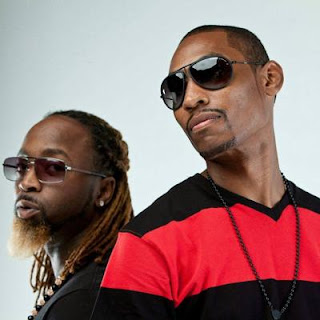 The Ying Yang Twins were massively popular then around the 2010 or so just...stopped. No studio albums of brand-new material since 2009, but a mixtape here-and-there. That was about it. Other than popping-up in the news if something bad occurred, little discussion happened about Kaine and D-Roc. Whatever happened to the Ying-Yang Twins? I looked into it, and they seem to be doing okay.

Kaine and D-Roc have apparently been working on a new album and in later 2018 said to possibly expect something in the near future. They and other artists are actively touring with B2K which is in the midst of its 2019 reunion tour. I have no idea if they actually will be putting-out new music anytime soon, or if concert-goers at shows featuring them will simply be treated to retreads of their hits, but it is good to know they are alive and apparently healthy.
Posted by David Charles Bitterbaum at 11:05 PM