We Need to Talk About, "Marvel Legacy," AKA I'm Worried About Marvel

Let's All Take a Seat 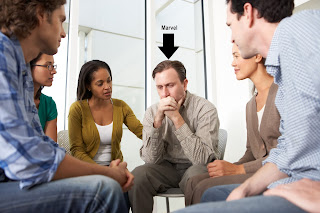 Okay everyone, we need to sit and talk about, "Marvel Legacy." I know, I know, it's easier to just shrug this off or laugh about how Marvel claimed their various homage covers would be an announcement that would, "Change comics forever," but we need to be serious here and acknowledge that the publishing branch of Marvel is really having some trouble these days.

Now, I've been concerned about nothing before, with DC's Rebirth turning out to actually be some good stuff. That said, when a website that butt-kisses everyone like IGN points-out how there is a lot of reason to worry about Marvel's Legacy re-launch, clearly we've got some dark omens. After all, Marvel revealed 52 covers/new comics and many of them looked like little more than continuations of past books, no creative teams were even announced, and besides the fact I always treasure more Moon Knight, barely any of the books look especially promising (from the minimal info we've been given, at least).

Questionable Behavior
Frankly, a lot of this, "Legacy," stuff is looking more like an excuse to diminish advances in diversity some of Marvel's comics made by either demoting characters back to past roles (Sam Wilson will be the Falcon again instead of Captain America) or whitewashing characters that used to be minority individuals and now have white guys filling the roles because...um....a Frank Castle/Punisher-based War Machine apparently sounds cool to some people? It is weird and a little offensive, but maybe if we had more details than some assorted covers it would be easier to draw conclusions. You know, maybe tell us the plot of these comics, or who the Hell is even writing and drawing them, if that maybe isn't asking too much?

Whether Marvel is making Captain America a Nazi/Hydra agent and encouraging comic-shop employees to dress-up like they are members of Hyrda, saying moronic things about how diversity doesn't sell, or now making boisterous claims about how this latest re-launch of the same old stuff will somehow change comics forever, this shit is getting pretty alarming. That's why I'm saying we need to talk about this, because I'm worried.

I'm Worried About You, Marvel
Some of the first comics I ever read were Marvel titles. I exclusively read Marvel for years growing-up until I started exploring DC's titles and dipping my toe into more and more independent books before eagerly diving into indie titles and the creativity they displayed. Even as I've found myself consuming an increasing number of titles from other publishers (bigger  ones and those so small they don't even appear in, "Previews,") I've always been reading at least some Marvel titles and loving them. Lately it is getting to a point where I'm barely reading anything from Marvel, and what I am reading usually is extremely far removed from any lame events or supposed, "Industry-changing," matters.

It is weird that Marvel is having so much difficulty with their printed books because they generally are absolutely killing it in their film division. Depressingly, we are getting to the point where the comics basically are serving as an idea-mill for the flicks to pluck-out the good stuff and leave all the garbage-elements behind in the printed material. I don't know what we can do to resolve this issue, but I'm afraid that, "Marvel Legacy," is going to be a failure and/or big mess and am concerned how Marvel might act-out if that happens. I hate to have to say we will wait and see, but I guess we'll have to wait and see.
Posted by David Charles Bitterbaum at 1:40 PM