Start-of-the-Summer News and Links for June 2017

Summertime Is Here!
As of yesterday is it officially Summer now. It's also hot as Hell in many parts of the Nation. Let's cool-off via enjoying my various links by a nice big air conditioner, shall we?

News and Opinions
You know those incredibly annoying ads by Chevy that feature, "Real people," absolutely fawning over the cars? This article by the AV Club discusses how in a shocking twist these ads actually feature...real people? Huh, who would have thunk-it?

I enjoyed the first, "Mass Effect," and what I played of the sequel. Apparently the mess that the latest game, "Andromeda," turned out to be can be blamed on quite a tumultuous development cycle.

My article I wrote about the politics of Frank Miller some time ago garnered a solid share of agreement and ruffled a fair share of feathers as well. Reading this piece where a reviewer discusses a book about reconciling a love of Miller's past work with how he behaves today says a lot of what I tried to say even better than I could. 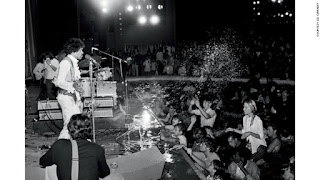 A whole bunch of previously unreleased pictures of Jimi Hendrix are now available for public consumption. The man was undeniably a genius and as, "Rolling Stone," magazine has said (and I agree with their conclusion), the greatest guitarist ever.

I am thankful that video-game companies don't appear to be pursuing the whole, "Shared-Universe," concept with all their very different franchises (outside of some in-jokes) that many film studios seem to think will somehow succeed and bring them immense wealth through sheer force of will against all logic because, "Hey, it worked for Marvel!". Yeah, I'm not a fan of unneeded shared-universe ideas done poorly.

Reactions to the announcement of more, "Watchmen," adaptations on the horizon are mixed at best, annoyed and peeved at worst. 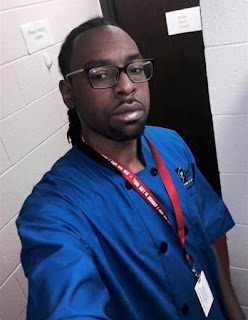 I've seen it pointed out how for a group that always protests how gun-owners deserve respect the NRA has been silent on the murder of Philando Castile and his killer walking free, giving the impression that the NRA respects gun rights for only Americans who happen to be white. Castile did everything he should have, informing the officer of his legally registered firearm, and he still was shot-down like an animal while his murderer was able to hide behind their badge and get away with it, as all the cops who kill black men seem to do (and I'm not anti-police, I just want the police to be accountable for those on the force who are the bad apples and do this shit). It is depressing.

The company, "Juicero," sure sounds like a horrendous mess of a control-freak CEO and unrealistic optimism mixed with ludicrous amounts of investment money.

Earlier today I realized that we are now less than a month away from San Diego Comic-Con/Comic-Con International. It is sure to be a big mess of announcements for film, movie, video-games, and maybe comics if they can get some attention in between all the other stuff. I'll of course be paying close attention to all the news to come out of the show and most likely have plenty of snarky opinions to share. 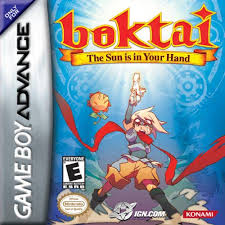 I remember this video-game you had to play in the sun! Called, "Boktai," it was for the Game Boy Advance and was pretty fun. Before, "Pokemon Go," became a big thing this was arguably the only video-game you needed to put on sunscreen (upon your body, not the device) to enjoy safely.

Our Nation's Moron-in-Chief, Donald Trump, today tweeted that he never made any tapes of his conversations with former FBI Director James Comey despite previously claiming he did. This means Trump is either a liar, an idiot, or both. I'm gonna go out on a limb and say, "Both."

Lastly, I just want to point-out that the superb comic, "Buzzkill," is getting a re-release in trade via Image comics. This is one of the first works by Donny Cates and Geoff Shaw to ever come-out and illustrated how great they already were. It is a prime example of why I'm not surprised they are having so much respective success now with a hit like, "God Country."

Get on out there (when it isn't too hot) and enjoy a dip in the pool, walk in the park, or something else fun. Oh, and for my readers South of the Equator, perhaps enjoy a ski-trip or something?
Posted by David Charles Bitterbaum at 1:38 PM