You Oughta Check These Out
I was inspired recently by how, "Screen Junkies," does a segment about the best movies people haven't seen to share how I have my own list of lesser-known flicks to recommend. In alphabetical order: 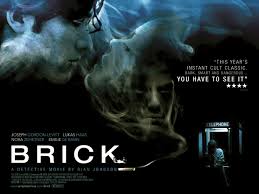 Brick, Released 2005
I love, "Brick," so much. Director Rian Johnson's first movie is also possibly also his best and only rivaled by the fascinating, "Looper." This movie was basically unknown but has been getting a little more attention due to the fact that Johnson is going to be directing another small art-house film titled, "Star Wars Episode VIII: The Last Jedi." Yup, the guy who did this fantastic little flick is now directing a movie that will probably make all the monies. I like to think its an example of his talent being recognized though because, "Brick," is just so weird and so good.

Starring a then-still-pretty-young Joseph Gordon Levitt as a high-schooler whose ex-girlfriend ends up murdered with her body left by the sewer, he realizes he only has a short amount of time to figure out who killed her before she's found and questions are raised. This leads him down a rabbit-hole of navigating weird cliques, teenage mob-bosses, and did I mention everyone talks as if they were straight-out of a 1950's noir movie? Yeah, that happens too and while it is jarring at first after awhile it stars to fit the movie perfectly. This movie has just the right mix of quiet moments and bursts of brutal violence that it is one of my favorite films and otherwise worth watching. Plus, if you see it you can be that annoying hipster at the new Star Wars movie who brags how, "I liked the Director's earlier independent-work," if you want to be that guy/girl. 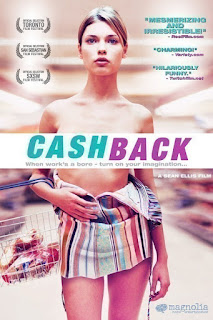 Cashback, Released 2006
Do you like really weird independent movies full of quirky British humor that swerve around in their genres from funny, to artsy, to depressing, have a dash of horror, and then be back at funny again? Also, do you like lots of nudity? Then, "Cashback," is for you! Originally a short it was expanded into a full feature-film and is about a man named Ben who develops insomnia after a bad break-up and gets a job at a grocery to fill his nights. To help with his boredom and make time pass faster he paradoxically imagines he slowing down to a stop, at which point he fantasies about drawing women naked, staring longingly at a girl he has a crush-on, and otherwise doing stuff that would make him a creep if he actually had super-powers and wasn't just dreaming. The thing is, the movie hints at various points that maybe there is something supernatural at play, at least, not when it is telling an assortment of funny jokes or flashing-back to when Ben and his friend were horny teenagers up to mischief.

This movie admittedly has received mixed reviews with some people arguing Ben is a creep seeing as how so much of the movie is focused on Ben and his obsession with the female body and sex before he actually finds a woman he wants to spend (and stop) time with. I think that is missing the point though in that we aren't supposed to approve of what Ben imagines. It is clear that he is kind of, "Off," and has some odd sex fantasies, but so do many other people. This movie shows us how Ben is like many humans--hugely flawed--and chronicles how he tries to navigate life. It's weird, it's funny, and if you like off-kilter movies I think you'll like it as much as I do regardless of what some critics say. 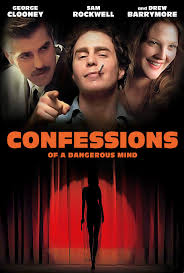 Confessions of a Dangerous Mind, Released 2002
The first movie George Clooney directed is also arguably my favorite movie ever (or at least tied with, "Jurassic Park,") because it is just a darkly comedic masterpiece. Based on the autobiography of the recently departed Chuck Barris, it follows his claims about how while he was creating, "The Dating Game," or hosting, "The Gong Show," he was also an assassin for the CIA during the Cold War. Is it true or some kind of elaborate joke by a man known for a twisted sense of humor? Who cares, the movie is amazing.

Sam Rockwell turns in one of his most amazing performances ever as Barris, and a strong supporting cast of talents such as Drew Barrymore, Julia Roberts (actually doing a great job and not just smiling the whole time), and George Clooney himself, as well as other great folk paints a picture of a horrifically damaged man taking his frustrations out on show business as well as killing in the name of his country--but maybe also because a twisted part of him likes it. Interspersed with documentary-styled interviews with actual other celebrities who know Barris, it explores how the cutthroat business of Hollywood ain't that different from the bloody mess of Geopolitics. Plus, it makes some dark jokes that are funny as Hell. It is frankly embarrassing that more people haven't seen this movie because it unquestionably deserves to be on countless, "Best of," lists. Rent it or buy it, watch it, and then feel free to thank me for my recommendation. 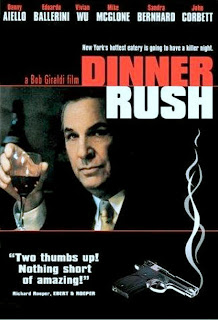 Dinner Rush, Released 2000
I  actually discovered this movie thanks to a recommendation from my Mother. As she tells it, one day back when Hollywood Video actually existed, she and my Dad wanted to rend one movie that had just come out, found no copies were left, and instead grabbed this independent film as it looked interesting. It is now one of her favorite movies, and I'll agree to it being a fantastic flick for sure. Besides a short opening scene, it all takes place within or right outside of a popular Italian restaurant during a single night and chronicles how an owner (who denies any past mafia ties) deals with mobsters trying to get gambling money his son owes, snobby restaurant critics questioning the skill of his cooks, and just does a stellar job juggling a wide range of characters and they come and go from the hopping-establishment.

One aspect of the movie that is really cool is how it quite focuses-in on Italian food. There is plenty of shots of it being made (and looking delicious) discussion of the importance of food in Italian culture and how it brings families together, and basically is as much a cool Food Network show about Italy as it is a mob-type movie. Between the tight-plotting and delicious food this movie will keep you entertained and get you hungry!

Now Go and See These!
Those are my lesser-known movies you should see. I now encourage you to seek them out on streaming services (I think some of these are on them), via your library, through Amazon, or however you like to get your movies.
Posted by David Charles Bitterbaum at 11:10 AM