I Get Abnormally Mad at Stupid Advertisments 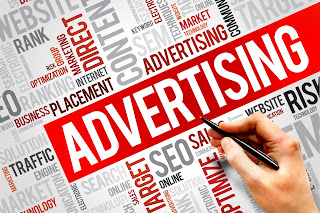 When I'm watching television that hasn't been DVR'd I of course have to sit-through the ads. This is a normal part of life and I have no issue with it. However, I seem to have a problem where I get abnormally mad at advertisements that strike me as being really stupid. Something about really dumb ads just enrages me. Now, I like ads that are silly or intentionally dumb and absurd, don't be confused. I'm talking about the supposedly professional and snazzy T.V. spots that are just moronic. Car promotions seem to be the worst.

I will see advertisements for cars that just strike me as horrifically stupid. For example, there is an ad for the Honda Accord where the wife wants the husband to upgrade his old car to the new Honda Accord...and they even mention his old car is another Honda Accord! Therefore, the only big difference is a camera for when he backs-up, which somehow makes him so excited you think he's gonna jizz himself with delight. Or that car ad where it looks like the couple keeps humping in the car so they have to keep getting a bigger and bigger one? I'm serious, that is real and many agree it is weird:


I just can't stand dumb ads, and while car advertisements are often stupid, perfume and cologne ads are just indecipherable. We get the most random imagery that makes zero sense, usually have barely-clothed people in strange mythical-looking lands, and then get a logo for whatever new scent the companies want us to buy. Look, I get it can be hard to impart a sense of smell through a visual medium and you need to be creative, but being bizarrely enigmatic ain't gonna help you.

Now, there are plenty of other idiotic ads that on television, and I don't even have the energy to go into dumb internet pieces that play before Youtube videos or such. That said, car and perfume/cologne ads are the biggest offenders at making me irrationally pissed-off at the stupidity on display. It's silly, but that's my struggle.

Posted by David Charles Bitterbaum at 10:46 AM