Powerball-Themed Posts You Can Expect to See on Facebook 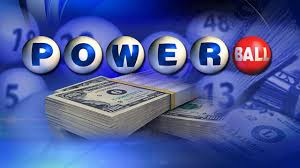 The Powerball is at a record 1-point-something billion. That's billion, with a B. The odds are quite high your or I won't win, but unless something forbids it (religion, under 18, or in a state that doesn't do Powerball) we will probably buy a ticket/handful of tickets. That said, Facebook is bound to be full of posts themed around the Powerball that will annoy us all. Here is what you can expect before
Wednesday:
1. People making half-joking posts about how they can't wait to win, and boy will everyone be amazed when they do!
We get, we get it, you want to go on a nice vacation. Everyone does.

2. People saying how the lottery is stupid due to the odds being incredibly small they or their friends will win.
I don't care if I have better odds of getting hit by an object from outer-space. I still want to try and win the lottery, plus I would prefer that over being crushed by an chunk of space-rock.
3. Idiotic posts where someone says if you "share" their message they promise to share their potential winnings with everyone, even though as was just discussed, the odds of some random person hungering for attention winning are incredibly small.
You must really be a fame-whore if you're willing to share all that money you're, "Sure," to win with anyone who clicks, "Like," on your latest attempt for validation.
4. The usual slew of people posting pictures of their sure-fire lucky numbers that when they then lose the next day they'll protest are still lucky, just not for this jackpot.
"I swear man, the next time it hits 1 billion I'm gonna be rolling in the dough!"

5. Annoying political posts where someone says something along the lines of how they would use the jackpot to impeach Obama, fund candidates running against Trump, etc.
It is not particularly funny, and you know full well its nonsense. As soon as you win you're going to either invest it carefully and be responsible, or blow it all on cars, houses, and those idiotic hover-boards that don't actually hover. Politicians will probably be the furthest thing from your mind...at least until they start coming to you asking for donations.
6. People struggling to figure out if it is, "Powerball," "PowerBall," or, "Power Ball."
I know you're trying, and considering that, "Mega Millions," is two words it makes sense you might be a little confused. I won't actually mock this.

It's gonna be an interesting handful of days!
Posted by David Charles Bitterbaum at 11:47 PM