I am proud to present a a guest post by Anthony from Comics Heating Up.

Hello, my name is Anthony and I am the devil. I have not so secretly been a huge proponent for comic speculation. For the past four years I have been running a pretty popular site, www.comicsheatingup.net, that gives the whats, hows, and whys of comics that can be picked up for cover price or less and sold for profit. Before that, I was on message boards doing the same thing.

Yes, comic speculation, the comic industry's much hated, often maligned, practice of buying comics for the sole purpose of flipping. Grabbing copies of hot books and selling them for multiples of my buying price to bring home the maximum profit. Hunting down variant covers and listing them from the parking lot of the comic shop on eBay, or sooner. Speculation is the day trading of the comic scene.

First, let me give you my history with comics. I have been a collector and reader for 30 years. I still read and collect comics, mostly horror and indie books, and have a collection that surpasses most local comic shops' back issue bins. My mother got me into comics as a kid when she gave me a "comic collector's starter kit" filled with colorful stories of superheros. I was hooked instantly. I hit every grocery store and convenience store within miles around me every week. I eventually found comic shops and then conventions and discovered small press books which I ended up cherishing. I was a weekly buyer. Even in high school when most of my friends shook the habit of comics (I bought their collections). Even during college when friends were amassing collections (I bought them too.) Even after getting married.

There were several times in my collecting history I would get tired of a series and sell them. I always felt that I was letting someone else enjoy the books I no longer did. Sites like eBay and the now defunct Yahoo Auctions made it easy for me to unload books. This set the hooks of selling for profit in me fairly early.

So, how did I get in to speculation? Early on, and as I previously mentioned, I would buy friends comic collections when they grew tired of them. I would buy in bulk and sell off the duplicates and books of no interest that had value. Yes, Wizard Magazine was my friend. After that and during college, I would drive home and hit our local Another Universe chain store and buy their variants to take back to the comic shops near my school for trade or sale. After college I would hit yard sales and flea markets looking for comics of value to sell. I once flew to Canada and ended up at the Marvel Attraction in Niagara Falls and bought every copy of the Ultimate Spiderman Niagara Falls Variant they had left. The book was selling for $80 at the time. I undercut nearly everyone online as I had so many. Eventually life got in the way, I was working full time and didn't have the energy or time to put into selling. Now for the sob story.

My dad passed away 7 years ago. He had been sick for a very long time and it wasn't unexpected, but that didn't make it easier. A month after that, the program that I was running lost it's funding due to government cut backs on mental health programs and I was out of a job. The sadness of it all was crushing. I was collecting unemployment and there was no money for comics. The books I had been following for years were now way to expensive, and not even remotely important enough to waste money on. Couple that with we had just found out my wife was pregnant with our first child just days before I lost my job, I was crushed. The market for mental health case managers was slim due to the funding cuts, so I did not have many prospective job leads. I was selling off things I owned to bring in more money, mostly DVD's and CD's. As a collector it is hard to sell things you have an emotional connection to, but I had a child on the way and needed the money. I had plans to start selling off large chunks of my comics, something that would have broken my heart. This was a very bleak time but it would led me back to speculation, harder than I had ever done before. 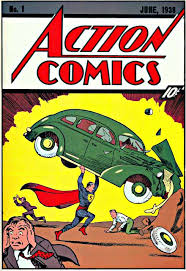 My wife saw this growing worthlessness and said why didn't I take $20 and go buy some comics. I did. Not only did I buy a couple of books I was interested in but found a couple of books I knew were selling for well above cover price from following comic message boards. This was my first score. I sold the books for $80, gave my wife the $20 back for the budget, and had a few bucks for more new comics. From that low point, and from the small sum of $20, I started a business that not only brings in income (and is reported on my taxes), but also pays for all the comics I pick up. The period of unemployment was short, but the ability and drive to flip comics stayed with me.

That is the back story. But what I want to give is the alternate view point on speculation and why it is not as bad as some may say.

First, I have always said I sell comics that other people want to buy comics that I want. It seems silly to buy comics to sell comics, just to buy more comics. The truth is I cash out and take the profits to either "reinvest", and I will get back to the word investment shortly, or to pay myself for the time and effort.

Let's talk about Collecting Vs. Speculating Vs. Investment. The real difference is motivation. A collector buys things they have a connection to and proudly displays them. Art, Movie, Music, Comics, Cars. Investment is purchasing something with intrinsic value with expectation of an increase in value. Stocks, Bonds, Commodities, Precious Metals. And then there is speculation, buying something with the sole purpose of selling later at a profit, pure and simple speculation is gambling. A speculator bets that a book will rise in value. Like the best poker players, skill and other tools help the speculator hedge their bets. Comics fall into all three of these categories. 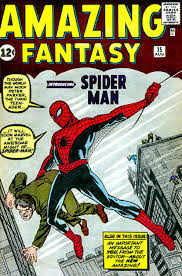 People most certainly buy comics because of the emotional connection and display them, or curate them like a library, or just read and re-read. People buy comics because of the value of them, especially Gold and Silver Age books, because of the rarity with hopes they will continue to increase in value. Finally, people buy comics in hopes of a quick flip to make a little extra money. While comics are great for collecting, they do not make a great vehicle for investment. Gold will never be worth zero, but comics could completely go out of fashion and the paper holds no real intrinsic value. After all, something is only worth what people are willing to pay for it.

There are a ton of sites that talk about investing in comics. I have already mentioned that comics do not make for great investments. The books that are good investments are usually out of the range of many buyers. Not to mention, there just are not enough copies to make them accessible.

So I have done my best up until this point to avoid talking about speculation and why it is not bad. I am going to delve into it head first now. There are roughly 3,000 comic shops in the US. Many people I talk to are nowhere near a shop. One of the good things that speculators do is bring comics to market that people who are interested in the books may not have access to. (Sure, that sounds paper thin as a good thing, but it is true.) Sure, this is at a profit, but any retail store that sells goods near you is profiting off the convenience of having the product close to you. You could drive out to the country for milk each week, and probably buy it at the farm cheaper, however, the cost of gas to get there would be overwhelming versus just buying it at the corner store.

Speculators also bring buzz to books people would otherwise not pay any mind to. I have seen a ton of shops start ordering books that they hadn't ordered before, especially in the back part of Previews, just because the buzz of a book has grown. Speculation does drive sales on books, albeit sometimes artificially, getting the books into more shops. Speculation drives sales to local comic shops for both new issues and back issues as well. If all the speculators were to drop out, sales of comics would drop. In addition, back issues that have just sat for years in a bin, would go unsold. Sure, again this sounds thin but it is true. 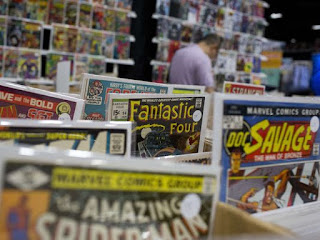 Let's look at the final fact, most collectors speculate. If you do not read your comics and give them to someone else to read, you will need to do something with your collection. Think about it. What do you plan to do with your collection. Are you going to give them to someone else? If so, great. Do you plan on donating them? If so, please remember to get the receipt so you can take the write off on your taxes, but since that would help you, this would be profiting from them. Or do you plan to sell them off. If you plan to sell them, are you hoping to make a profit off them? Of course you are. This is speculation. It is not investment as there is no intrinsic value to the books.

I sit on thousands of comics, if something was to happen to me, and it will eventually, my wife and kids would have to worry about liquidating my collection. That would be a nightmare. Chances are they would not have a clue what is valuable and what isn't. I am sure there is some unscrupulous shop just chomping at the bit to offer the lowest possible dollar for the many comics in my collection. I do not plan to let that happen. At some point, my precious collection will be sold off.

I have always advocating for fair speculation. This means I ask people to not shelf clear, a practice I do not and will not partake in. I will not buy every copy of a book sitting on the shelf when I know it is desirable to others too. I do not write about books that for the sheer purpose of pumping up the value. While most people in the spec community have been accused of pumping and dumping, it is not something I do. I do a lot of research, and only spotlight books of interest. I always try to be fair to people, something I hold true in my daily life as well as in my comic business. I never try to over grade comics, pass off second prints as first prints, or other unfair practices. These are some of the things that give speculation and the spec community, bad names.

Many thanks to Anthony for a great post! For my article about this subject you can see my thoughts on his site at this link.
Posted by David Charles Bitterbaum at 6:46 PM