Kickstarter and the Concept of Complimenting Versus Competing with Retail

Kickstarter is a fascinating platform that has helped a variety of games, comics, foods, etc. become actual products/events people can enjoy--and these are things which would have not existed without Kickstarter. That said, there are too many occurences of things going wrong, between out-and-out scams and folk protesting how they ran out of money and can't deliver a product that I feel a lot more hesitation these days to use Kickstarter at all. Should someone lay-out why they are using Kickstarter, honestly discuss the potential for problems, give a solid answer on the process of how the product/event will be created, and other things that I feel are reasonable to ask for, then I'll back a project assuming it appeals to me. Some completely unproven company or random person whose Kickstarter seems more disconnected from reality than anything else however? Yeah, I'm gonna skip that (and the stupid, "Joke," Kickstarters lost their appeal long ago, around the whole potato salad nonsense). 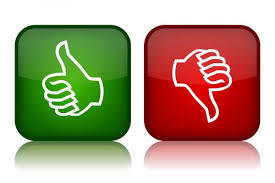 Putting aside concerns about questionable Kickstarters let's talk about ones that will be effective--with us focusing on comic ones--and discuss what happens when it comes to the question of a comic-maker complimenting their retail presence as opposed to competing with it. Therefore, you'll get individuals, publishers, etc. who engage in a Kickstarter campaign. There are occasions where I have no problem with this and other times when I honestly get quite agitated. Let's break it down, using fun photos to help illustrate how I would feel in each situation...

Possible Scenarios
In one version of events, you're a single person, or part of a group. You have a comic you really want to get published and you did all the leg-work to get a printer lined-up, you've got a product ready or almost ready and if you can just get funds from people you'll be able to publish your comic. In the process of getting funded or shortly after your project comes out a comic publisher approaches you and states, "Hey, this comic you did here is really impressive, can we print a version?" You of course excitedly state yes and your comic is printed in much bigger quantities with only a few minimal changes (if any). I would state something like this is perfectly alright as you went-in to all this not knowing if you actually would find a big publisher and you thankfully did. I'm not going to hold your success against you. 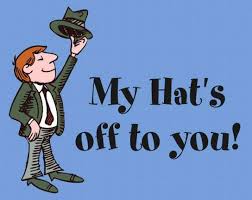 Let's say you're someone with some experience in the comic business and you have something you want to release to retail but by doing Kickstarter it will help secure you funds to pursue that. You realize you don't want to compete with retail so you keep your Kickstarter items different in unique ways--be it variant covers, special gift items for backers, and so forth. You maybe could have even gone straight to retail in comic-book stores, but this helps you get those extra funds and you're not even competing with retail because what you're doing is geared more towards fans of your work and the items they get via the Kickstarter won't be available at retail. Again, I have no problem with this because you're doing something that maybe was planned from the start to be retail and Kickstarter, but you're keeping them separate in terms of what goes on sale. You're complimenting your retail sales, not competing with them. 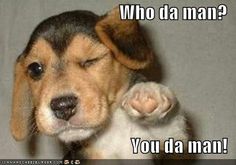 Now then, you're a smaller publisher and plan to go to retail but also want to do to Kickstarter to help make your book even more impressive when it comes to printing costs. Thanks to the support of people who Kickstart you a better comic will be made, and the exact same one will go to retail but it'll be even cooler thanks to your Kickstarter supporters and you'll be sure to thank them in the retail copies of the book too--after all, its the exact same product. You would be able to put this comic out in retail stores but maybe it wouldn't be as cool and you really do value your Kickstarter supporters. This gives me some concern because you're already going to retail and basically using Kickstarter as an extra support that will reward folk who just purchase your book in comic shops and whom weren't there from the start. However, if you throw in some cool extras only the Kickstarter backers can get I think everything's pretty square. 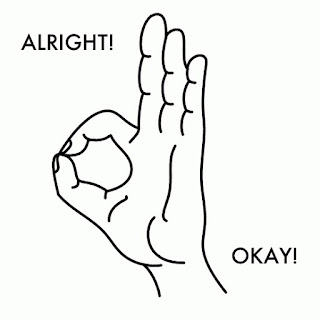 You're a bigger publisher who has hit some harder times financially. You have a ton of great books you're willing to give to people with unique extras and are happy from support from anyone who is willing to kick-in funds for you to keep surviving. Their money will guarantee them some books you already have and future ones too. Without this you might struggle to stay afloat and even if its a little embarrassing for someone as big as you to come to the populace with your hat-in-hand it is necessary. Fantagraphics stands as an example of this. It bugs me a little because one would hope if you've been around as long as you have you don't need Kickstarter, but if it turns out you truly do need it, then go ahead and do it. I may be a little irked by the campaign, but I would rather you survive to keep making great books than go under because you had too much pride to ask the fans for help. Just please don't make it a regular thing because then you'll create a perception that you aren't spending your money well.
Irritation Level: Minimal

Again, you're a bigger publisher, but this time your Kickstarter isn't to save the company. No, this is really just a marketing stunt to get people to agree to buy your books in advance. People who support you do get some special neat things, but you honestly don't need this money and you're undoubtedly competing with retail sales. This is what Archie comics did for their relaunch before enough outcry resulted in the whole thing being cancelled and the company getting a lot of egg on their face (metaphorically speaking). I find this pretty annoying and an example of a company just trying to, "Get-in on this Kickstarter trend," without needing it at all. 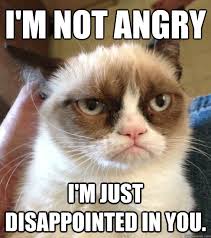 Okay, you're a decent-sized publisher and you already ran a successful Kickstarter that you probably didn't need to do, but it made you some money anyways. Now you're going to run another Kickstarter for your comics, under-cut slightly what you'll charge at retail, and not give fans anything special--just the exact same thing stores get but for less than the comic will actually cost at retail. Now you're essentially cannibalizing your store profits, drawing in fans who may have gone to the comic shop to get your book that you're already going to take to retail but now offer for a bit less, and otherwise look like a jerk. This is a prime example of something that is just stupid and it isn't surprising the purveyors of the incredibly below-average debut issues of zombie comics that riffed on, "Night of the Living Dead," Double Take, are exercising this very method as we speak.
Irritation Level: High

Lastly, let's say you're a huge publisher, something along the lines of Marvel, DC, or Image, and you want to see if a comic idea you have would be sustained by the fan-base and do a Kickstarter for an idea stating the comic will only come into existence if its Kickstarted and no, you know what, this is a terrible idea even in theory. Should the day comes this occurs I will think we've reached some kind of tipping-point for Kickstarter and that something will have to give because things will have gotten just far, far too absurd. I'm not even going to entertain this idea any further, because if it happens...ugh. 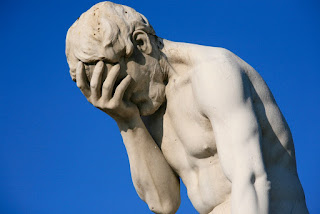 In Conclusion
So, to review: If your Kickstarter helps you create something that would otherwise not get made, assists you in making something unique for backers, or will save your company from financial ruin, I think you are doing things that compliment your retail experience as opposed to competing with it. If you're engaging in a simple cash-grab or eating into your own retail sales then you're doing something wrong, and I am perturbed by you. Another person's criteria for what kind of Kickstarters are fine and which are questionable may vary, but I think we can all agree that it is always better to help your retail sales as opposed to harming them.
Posted by David Charles Bitterbaum at 10:52 PM