Project: Comic-Con 2015 Reflections Part 2--Some of The Stuff I Got

Such Marvelous Things to Get!
My most recent post was about all the great folk I met at this years Project: Comic-Con, but what about all the awesome stuff I picked-up while attending too? Well, this post is here to show-off a bunch of my swag I got thanks to saving up some funds for the show (always save for conventions, you never know what cool stuff you'll want)! I now present, what I purchased... 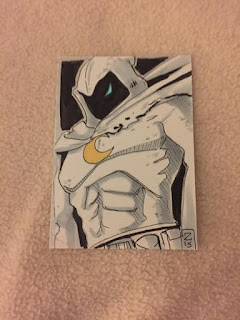 I thought it would make sense to begin with the only, "Commission," of sorts I got at the show, a fantastic trading-card sized drawing of Moon Knight that just looks incredible. René Barr was kind enough to create this gorgeous image for me and I thanked her profusely. 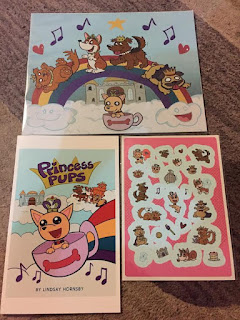 I mentioned Lindsay and James Hornsby in the previous post, and this comic about "Princess Pups" as well as the fun stickers and print come from Mrs. Hornsby. I thought it was too adorable to pass-up and am pleased I got it! 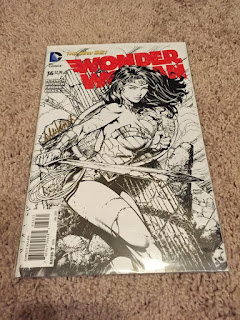 Meredith Finch is of course the current writer of "Wonder Woman". I have not read the title under her penmanship but did just pick-up her first arc in trade paperback form thanks to my local library and plan to give it a gander. When I saw this great cover to the first issue she wrote and David Finch drew however I bought it and she was kind enough to sign it with a bright gold pen so that her signature now really pops-out on the black-and-white illustration. Here is a closer-look at her autograph: 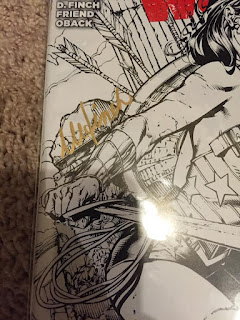 I've read mixed things about her time on the title and will probably offer an opinion once I give it a look-over, but regardless of if you are a fan of her or not you gotta admit that looks snazzy! 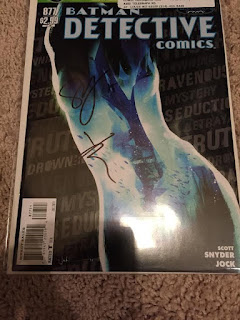 Staying on the subject of DC-characters and their creative teams, this is of course quite possibly my favorite cover to "Detective Comics" as I discussed waaaaaayy back on my birthday in 2011. Hence, when I saw it being sold at the show signed by both Scott Snyder and the artist, Jock, I grabbed that eagerly after negotiating the price down a bit! 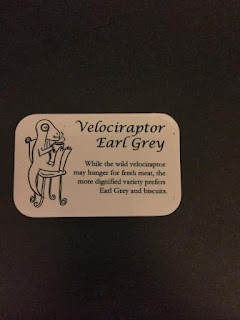 The tin of tea themed with a classy Velociraptor came to me courtesy of Ms. Allison Bannister and her Dino Teas brand. I was lucky enough to purchase the last Earl Grey tin at the show and have enjoyed it a lot! 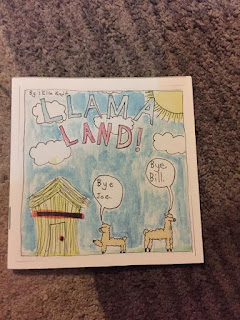 Llama Land was a comic for sale by Ella Kindt, the child of fellow comic-maker Matt Kindt. As someone who loves Llamas and Alpacas this was an obvious purchase. I have to admit I am quite jealous however as Ms. Kindt is not even a teenager yet and her art is better than anything I could ever make. 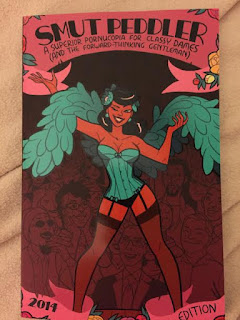 Not at all for kids but also quite fun is the "Smut Peddler 2014" trade paperback I purchased. Made by Iron Circus Comics, this anthology of sex-positive comics is a peppy and charming as it is raunchy! The 2016 edition apparently launches soon and I can't wait! 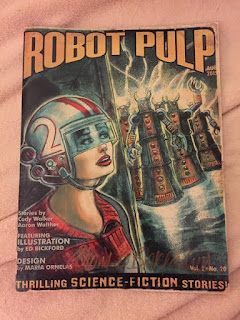 The latest issue of, "Robot Pulp," was a fascinating looking magazine with a mixture of prose and comics that I was pleased to acquire as I love me some robots and pulp yarns. 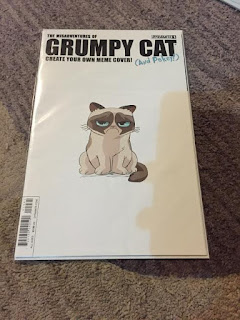 My wife and I adore Grumpy Cat, so when one of the covers that can be harder to find was for sale at the 'con I got it for her! She was very pleased. 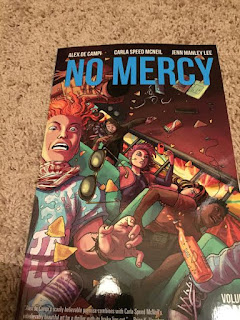 "No Mercy" is a collaborative comic between two great creators, Alex De Campi and Carla Speed McNeil. I was pumped to be able to buy a trade of the first volume and have them sign it! 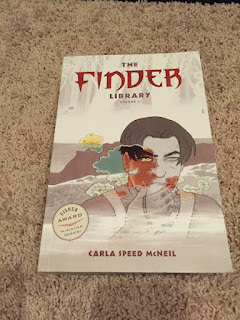 I also picked up the first collection of McNeil's "Finder" series and am eager to dive-in and give it a read. 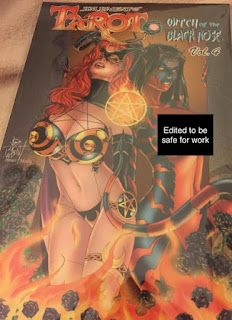 The last item I bought with the bit of cash I had left was a Trader paperback for the 4th collection of, "Tarot: Witch of the Black Rose," created by Jim Balent and Holly Golightly, which also includes a cool lithograph signed by Balent himself! I've enjoyed interviewing  the creator-couple for the blog before and they are indeed quite cool folk. "Tarot" is of course a title I have at times been really hard on and at other times quite complimentary to, as overall I enjoy how off-the-wall it is. This 4th collection has a slightly-saucy cover I edited a tad so that you can continue to enjoy my site at work or the library without any eyebrows being raised.

This year's Project: Comic-Con was another great show, full of spectacular people and some awesome items. I had such a wonderful time and greatly look forward to the next show!