The Dreamcast Came Out 20 Years Ago Today (In America) 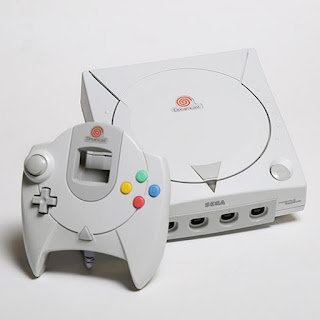 I know it launched in Japan in 1998, but for me the U.S. launch of the Sega Dreamcast holds a special place in my heart. 9/9/1999 was the day the console that was just too ahead of its time and too beautiful to exist went on sale in America. That is 20 years ago today. It had awesome and quirky games I still fondly recall ("Crazy Taxi," "Sonic Adventure 1 & 2," "Seaman," "Shenmue," and the list goes on), was capable of connecting to the internet for multiplayer gaming back when that was a shockingly new concept (outside of PCs). It was a console ahead of its time and the last one Sega released before deciding to focus instead on making games for everyone else's consoles. Nowadays it is commonplace to see Sonic and Mario popping-up in the same game, but back in the 1990's that would have been unthinkable.

The Sega Dreamcast provided some of my happiest video-gaming memories, and it was beloved by countless others too. It literally changed lives and I hold fond memories to this day of the last and best console Sega released--heck, it arguably was the best console ever. 20 years on so many of us still crack that little smile of joy when we think about time playing the Dreamcast, that proves more than anything just how much of an impact it made on those of us lucky enough to have enjoyed it in its too-short prime.

That controller was honestly pretty terrible though.
Posted by David Charles Bitterbaum at 8:13 PM