Sharing My, "Choice Cuts," From Spotify 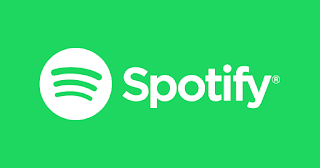 I have a number of songs I've discovered on Spotify either through my actively searching for them or its complex algorithms recommending stuff it then turned out I liked. I've been using Spotify a lot lately as I got three months without ads for just 99 cents and need to be sure and cancel before August 22nd when it will charge me $9.99 for a whole month of ad-free streaming. Yeah, I liked three months for a dollar but I'll put up with ads if it saves me 10 smackers every 30 or 31 days. I thought it could be fun to share some of my favorite assorted jams on there and talk a little bit about why I included them in the playlist. 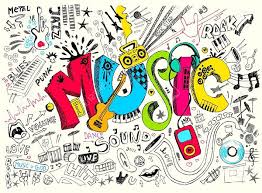 First off, you can follow this link to access my playlist and enjoy all the songs I shall discuss below. They aren't in any special order really other than the first ones I started adding up to some songs I just recently came across/had recommended by Spotify and liked, with the song title listed first followed by the artists Spotify displays.

--MED, Blu & Madlib, Aloe Blacc
The mixture of old soul-samples, rapping, and singing makes this just sound like a great kind of song to chill-out to.

--Sorcha Richardson
Ms. Richarson's voice mixes expertly with a guitar in this song where she tries to encourage a heartbroken friend to forget the girl who made him sad and instead just come out and have fun with her.

#WhiteGirlVoice--Rajtheone
Rajtheone raps between the sound of missed phone calls about the struggle of breaking-out in music and ends the song with a stellar piano break-down followed by a swell of the score.

--Roy Blair
I just love when toward the end everything gets really loud and dramatic.

Nice Guys Finish Thirst--Name UL
Some funny raps (he has stains on his shirt because he likes to eat yogurt) and the, "All Night Long," sample make this a lot of fun.

--Kyle, Lil Yachty
I am not really a fan of Lil Yachty and his bottomless enthusiasm (which the AV Club assures me is okay), but for some reason his rapping mixed with Kyle's singing on this song just makes me smile anytime I'm in a bad mood.

--Bohan Phoenix, Chauncey
Bohan's rapping in both English and Chinese mixed with some nice singing by Chauncey makes this song really stick in your head.

I Think You're Alright

--Jay Som
The quiet and mellow melodies on this song make you almost miss how the lyrics are a little dark. Great stuff.

--Joey Gatto
Another song with a cool break-down that I really liked.

--Adam Torres
Torres voice almost reminds me a little of Tracy Chapman--soothing and always pleasant to listen to. This song is a stellar one to listen to if you need to just unwind

--Mac Miller, Miguel
Mac Miller has grown on me over the years as he has seemed to gain in skill. This jam about eagerly anticipating the weekend is a hoot.

--Young Giatnz, K-Young
We all need someone special in our life, don't we?

--Hop Along
A weirdly angry and longing alt-rock jam. I dig it.

--IshDARR
Techno-infused rap about being in love with a woman who is a little older and wiser than the artist.

--Urban Etiquette, Matt Burton
The rapping on this I can take-or-leave but that piano mixed with Burton's singing is fire!

Blank Space/Stand By Me--Imagine Dragons
This live cover of Blank Space that morphs into a weird rendition of Stand by Me is superb.

Maria I'm Not So Drunk

Warm On A Cold Night

--HONNE, Aminé
The verse by Aminé is disposable but the rest of the song is a suitably catchy assortment of singing and cool sonic effects.

--Hall and Oates
Because why not fucking have a classic pop-song sprinkled in with everything else?

--Mansa
A song about how relationships can be difficult that I like the melody of.

--DRAM
DRAM is a funny guy and this piece about how he's willing to spend $27 on an Uber for a girl he would like to hang-out with elicits a chuckle anytime I listen.

--The Weeknd, Kendrick Lamar
I enjoy listening to The Weeknd and am a huge fan of Kendrick, so of course a song with both of them is sure to please!

--William Singe
I actually was a little familiar with the Migos fellas before they blew-up, hearing their stuff talked about and played on some underground-styled stations. I didn't really care for it then but could tell they would probably blow-up in popularity. Now they have and I still don't really like their music much, but this cover of, "Bad and Boujee," is actually really good!

--Goldlink, Brent Faiyaz, Shy Glizzy
I like the weirdly ethereal sound on this a lot and find the lyrics to be, "Meh."

--ROMderful, Naji
The beats and salsa-sounding music make me want to get-up and dance to this song.

--Gerald Walker, Walker Family
A song about breaking-up and trying not to still have those feelings in your heart. 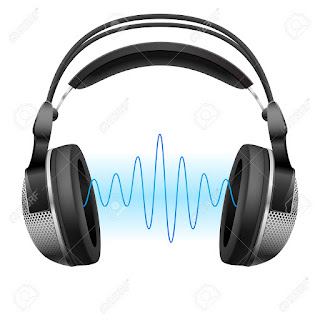 Again, feel free to follow this link to my playlist and give these songs a listen for yourself. I hope you enjoy them as much as I did and found reading my thoughts for including them on the playlist at least moderately intriguing.
Posted by David Charles Bitterbaum at 6:05 PM