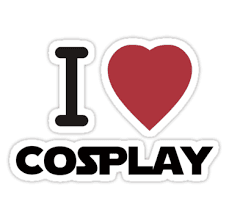 During my time at Wizard World Saint Louis 2017 I saw a lot of cosplay. I estimate about 50% of it was the Suicide-Squad Harley Quinn getup featuring a baseball bat and, "Daddy's Little Monster," jacket. I don't begrudge people for liking that outfit, but it isn't exactly creative (except for the middle-aged man fully decked-out in that clothing, that was fun). I myself don't cosplay but always enjoy seeing it. I am weird about what really grabs my attention as there isn't much of a rhyme or reason outside of, "That looks really cool to me." I have here for you to examine the cosplay that struck me enough I asked to take a photo and put it on the blog. 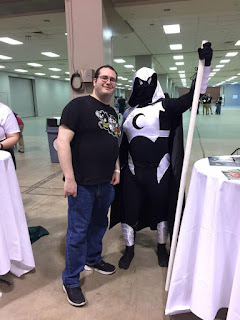 Let's start off with someone dressed as my favorite character, Moon Knight! Such a great hero and such a great costume! 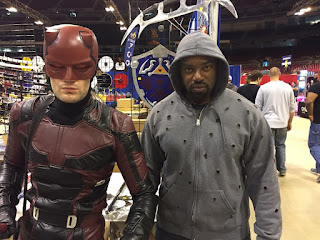 Besides Moon Knight there are some more Marvel heroes you are sure to find out patrolling the streets. Heroes such as Daredevil and Luke Cage. 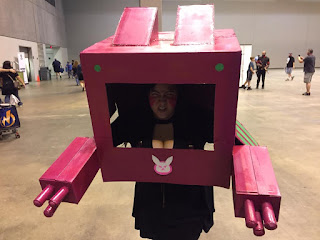 Taking a break from comics, this D.VA getup was great! I saw other people dressed as D.VA when she is out of her mech, but this was the only cosplayer in a mech. As she said when I told her this, "Well, I think the mech is the best part!" 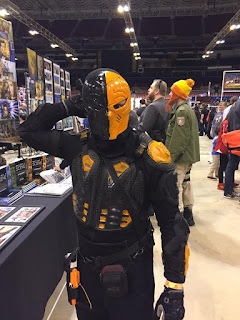 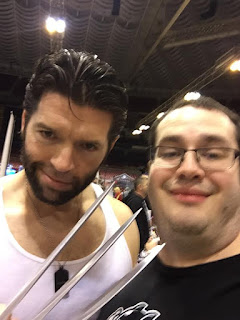 I almost got cut by Wolverine! 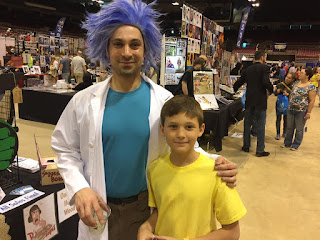 As someone who loves the, "Rick and Morty," television show I loved this duo. I saw other Ricks at the show, but nobody else had Rick and Morty so mad props there. 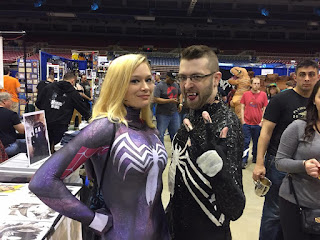 These two cosplayers made a stellar Spider-Gwen and Venom--love his fangs! 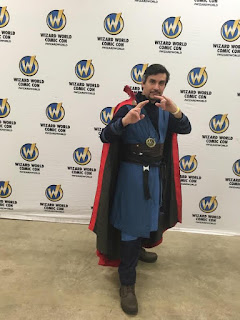 Last but not least, my good friend Greg from my Comic Book Club went as Doctor Strange!

Great Getups!
There were so many cosplayers decked-out wonderfully in addition to the handful of folk I'm spotlighting here. Whether your costume is elaborate or simple, revealing or conservative, expensive or cheap, the important thing is to have fun, and all these cosplayers were for sure doing so!
Posted by David Charles Bitterbaum at 7:40 PM